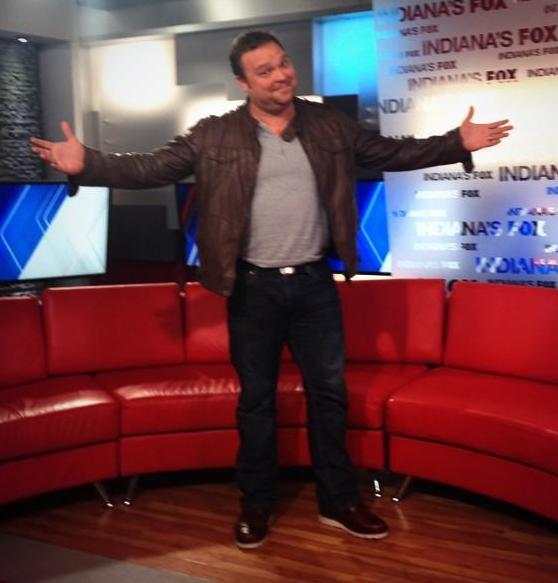 Drew Powell, a 1998 graduate of DePauw University and one of the stars of the new Fox television show, Gotham, paid a visit to the studios of Indianapolis Fox affiliate WXIN this morning to talk about the program and his career.  The segment began with Powell giving a shout out to his alma mater and the Tiger football team. (at right: Powell in the Fox 59 studios this morning)

An English (literature) major and Media Fellow at DePauw, Powell's resume includes a role in the big screen remake of Straw Dogs. He's also made appearances 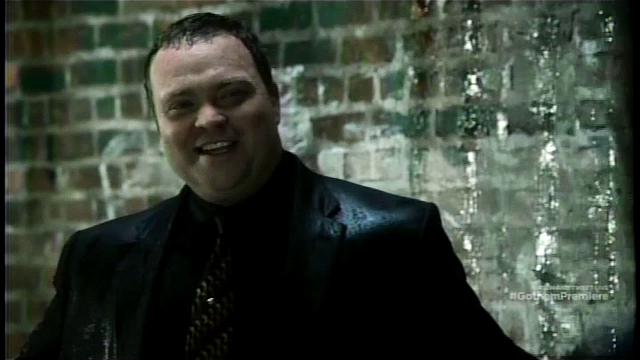 Drew Powell will also be seen in Reparation, which is directed by Kyle Ham '94 and was filmed in Putnam County over the summer.  The movie is now in post-production.