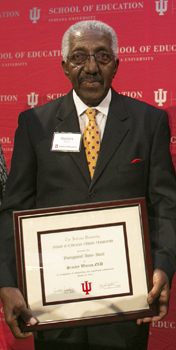 Stanley Warren, retired dean of academic affairs and professor of education at DePauw and the University's former associate dean and director of black studies, is the recipient of the Distinguished Alumni Award from the Indiana University School of Education. Dr. Warren, who earned an Ed.S. from IU in 1971 and an Ed.D. in 1973, was among four alumni honored for having "made a lasting impact through their work."

The announcement from IU notes, "Warren is the author of several books, including Black America Represented on United States Postage Stamps; Crispus Attucks High School: Hail to the Green, Hail to the Gold; The Senate Avenue YMCA for African American Men and Boys; and High Five: African American Institutions That Have Strengthened the Indianapolis Community. Warren has written more than 100 journal, magazine and newspaper articles. He continues to write, consult, and speak on contemporary education issues and African American history."

It continues, "Warren is a Carnegie Fellow, John Fellow, Lilly Fellow and National Endowment for the Humanities Fellow. He was a Gov. Evan Bayh appointee to the State Student Assistance Commission, 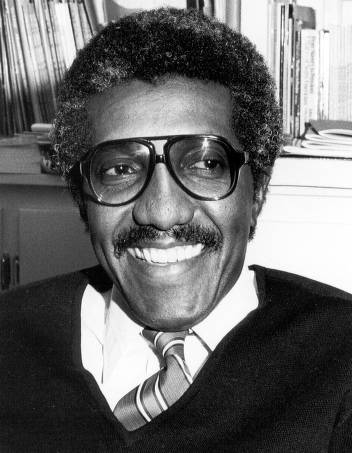