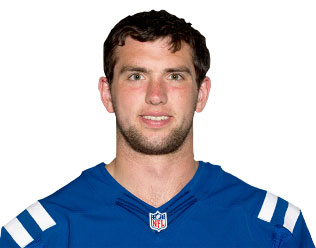 Andrew Luck, "a genuine student-athlete" at Stanford University, as USA Today wrote, and now one of the National Football League's top quarterbacks, will come to DePauw University on Friday, April 24, 2015.  Luck will discuss "Creating Your Personal Game Plan for Success" in a Timothy and Sharon Ubben Lecture at 7 p.m. in Kresge Auditorium, located within the Green Center for the Performing Arts (605 S. College Avenue).

The program, which will be moderated by DePauw head football coach Bill Lynch, will be followed by a question-and-answer session. Like all Ubben Lectures, the event is presented free of admission charge and is open to everyone.

Born September 12, 1989, Andrew Austen Luck was co-valedictorian of his class at Stratford High School in Houston (where his backup was 2012 DePauw graduate Will King). He went on to study at Stanford University, where he was an architectural design major and won the Maxwell Award and Walter Camp Award as college football's player of the year. An all-American and runner-up for the Heisman Trophy in both 2010 and 2011, Luck also excelled in the classroom, earning 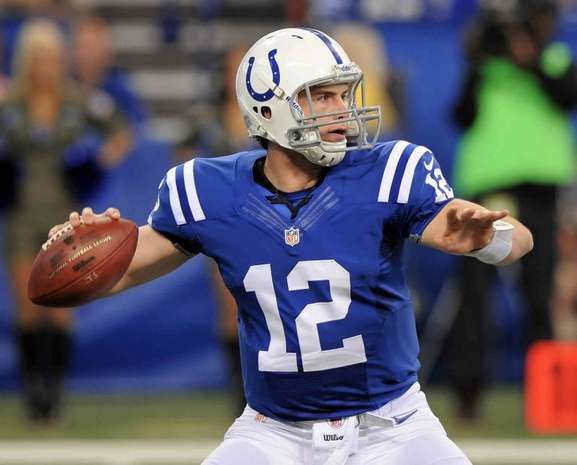 a 3.48 GPA and deciding to complete his college degree before entering the NFL draft, despite being projected as the #1 pick for 2011. (photo: Matt Detrich/Indianapolis Star)

John Barton, director of the architectural design program at Stanford, noted, "Other instructors come up to me and say, 'You know, I've had some football players in class before, but Andrew isn't like any of them. He is really, really smart'."

Luck was the first player selected in the 2012 NFL draft. In his first three seasons as a pro, #12 has led the Colts to three playoff appearances and division titles in 2013 and 2014, and has been a Pro Bowl selection in each season.

Luck and the Colts were 11-5 during the 2014 regular season and captured the AFC South championship. Yesterday, Luck and his teammates defeated the Cincinnati Bengals 26-10 and advance to the second round of the playoffs Sunday vs. the Denver Broncos. 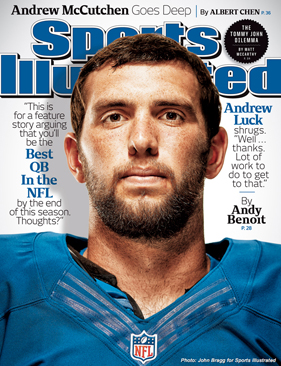 During the season, Luck led the NFL in touchdown passes with 40 and threw for 4,761 yards, breaking Peyton Manning's single season franchise record (Manning was a 2004 Ubben Lecturer). Luck is only the fifth NFL quarterback since 1970 to win 30 regular-season games in his first three seasons in the league.

"Sure, Andrew Luck has a great arm. Can beat defenses with his feet, too," wrote USA Today's Nancy Armour after yesterday's game. "What makes Luck great -- and will put him in the same category as Indianapolis Colts predecessor Peyton Manning, Tom Brady and Aaron Rodgers sooner rather than later -- is his adaptability."

"Luck has had the best first and second seasons of any player I've ever studied on film," Andy Benoit wrote for Sports Illustrated before the 2014 campaign began. "He plays like a 10-year veteran."

NFL Media's Charley Casserly has stated that Luck "is the best young quarterback I have ever seen. Hall of Fame."

ESPN analyst and former NFL quarterback Ron Jaworski noted, "Luck has the most diverse skill-set of any NFL quarterback." Pat Kirwan of CBS declared, "Luck represents the league's future and his next contract likely will be the largest in history. He is already in the discussion of elite QBs."

Immediately after being drafted by the Colts, 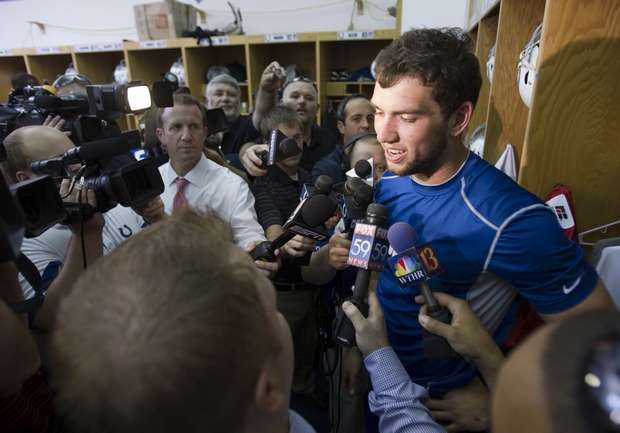 Luck said, "I realize I'm very fortunate to hopefully make a lot of money playing football. I don't know if I want to abuse that privilege and make myself a larger figure than I am. I don't know how to make sense of this … (of) not getting too full of myself, realizing that I'm human. It is still a game. You're not saving lives or curing cancer. You are providing entertainment. Maybe you can make someone's week."

As previously announced, Piper Kerman, author of the bestselling memoir, Orange Is the New Black: My Year in a Woman's Prison, will discuss "Lessons Learned Behind Bars" on Wednesday, February 4, 2015, at 7:30 p.m. 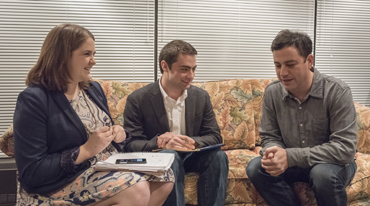 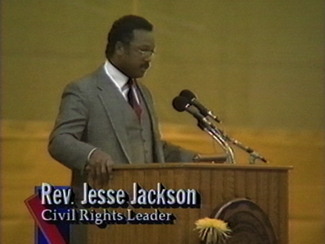