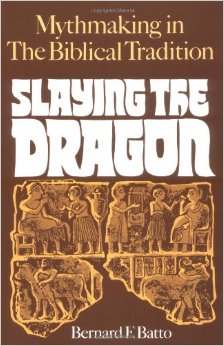 November 17, 1992, Greencastle, Ind. - Bernard F. Batto, professor of religious studies at DePauw University, is the author of Slaying the Dragon: Mythmaking in the Biblical Tradition.  The book has just been published by Westminster John Knox Press.

"Batto argues that biblical authors, like other ancient Near East authors, used mythic traditions in composing their works," notes a synopsis. "Batto joins massive evidence with masterful argument to show that myth actually lies at the heart of the theological enterprise of the biblical authors. Slaying the Dragon is sure to provoke dicussion on the theological relevance of myth in the biblical tradition."