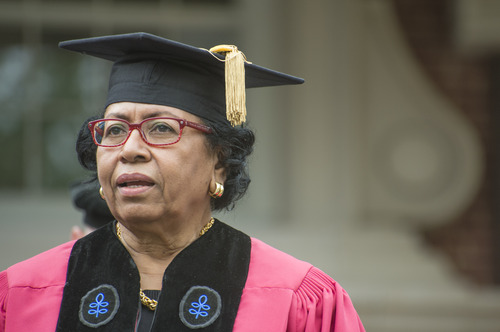 "When will we turn to a better dream than the one that currently animates us," asked Ruth J. Simmons in the principal address to DePauw University's Class of 2015, "and insist on an American dream that incorporates the elements of a universally humane ideal that bequeaths to our grandchildren a country and world governed by the values of mutual respect and freedom? It is time, I think, to reclaim King's dream."

Simmons, the former president of Brown University and Smith College and the first African-American woman to head a major college or university, addressed the 504 DePauw students who recieved bachelor's degrees today, as well as parents, faculty, staff, alumni and visitors to campus.  The ceremony took place in Holton Memorial Quadrangle.

Simmons noted that today's graduates will face "valuable and life-affirming choices" that weren't available to her as a young African-American college graduate in the late 1960s.  Her parents, she recalled, "never expected to own their own home, and they never did.  And I believe they did not expect their children to, either.  Their legacy to us was much deeper than the aspiration to have social status, an important job or material wealth.  Having suffered disparagement, disrepect 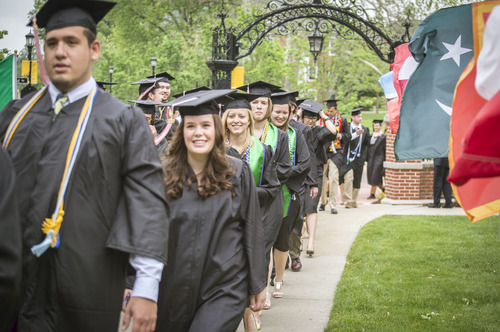 and contempt for all of their lives, they just wanted us to be honest, respectful and decent human beings.  This simple vision of basic decency and respect allowed me to dream of the opportunity to work toward shaping a world where peoples and cultures interacted in an environment of mutual cooperation."

She earned her bachelor's degree from Dillard University and her master's and doctorate in Romance literature from Harvard University. "This dream of a healthier community propelled me, fueled my interactions, informed my decisions."

Simmons acknowledges that today, that dream may seem distant, with the "world in the throes of enormous health, religious and economic travails, (and) our country has recently been in the throes of painful civil turmoil, exposing the frayed hopes of many who believed that freedom and equality was finally at hand for every stratum and stripe; every gender, color and religion; every ability and preference." 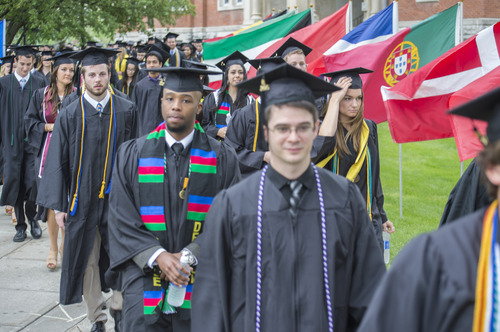 With racial tensions high in America after incidents in Baltimore and Ferguson, Missouri, among others, Simmons says it is an important time to "be struck by the elegance of vision manifested by the civil rights struggle of the '60s. articulated persuasively and prophetically by Martin Luther King Jr."

Recalling the 1963 March on Washington, Simmons stated, "The dream that King articulated at that historic moment was for one nation where all are equal, not only before the law but also in the realm of human respect and friendship, envisioning a compassionate future in which we care for one another across a chasm of difference.  King saw love as the ultimate solution for the divisions in our country." 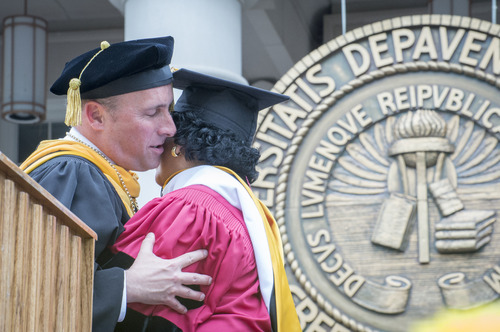 American dream sets before us a standard of moral behavior that often gets lost in our efforts to become individually wealthy or successful.  It ushers us onto a meaningful path that cannot disappoint because it embraces a gratifyingly shared future that builds a better nation, and a better world.  It bridges chasms that angrily hurled projectiles cannot."

Ruth Simmons has received many honors, including a Fulbright Fellowship to France, the 2001 President’s Award from the United Negro College Fund, the 2002 Fulbright Lifetime Achievement Medal, the 2004 Eleanor Roosevelt Val-Kill Medal, the Foreign Policy Association Medal, the Ellis Island Medal of Honor, and the Centennial Medal from Harvard University.   Simmons is a member of the National Academy of Arts and Sciences, the American Philosophical Society, and the Council on Foreign Relations, and serves on the boards of Texas Instruments, Chrysler, and Mondelez as well as a number of non-profit boards.  Today she received an honorary Doctor of Letters degree from DePauw.

"Since it's founding, this University has set the highest 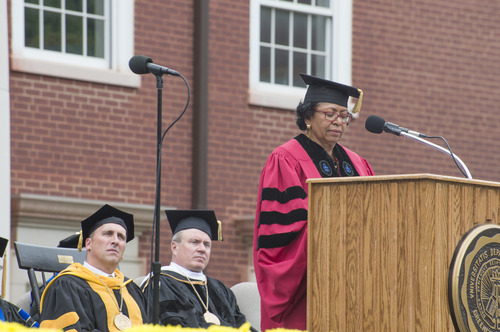 expectations for itself and its students, demonstrating that exceptional achievement is a consequence not of dispassion, disinterest or modest effort, but of impassioned, intentional and sustained attempts to mine the wellspring of knowledge and talent God has granted the human race," Simmons stated.  "Making concessions for adverse conditions, DePauw's leaders have over the years kept their eyes and efforts focused on the horizon, animated by a mission that requires ever-strengthened standards of achievement.  This constant focus on the future and hope for betterment is the essence of mankind's fearsome potential in myriad domains of human ability."

She noted, "I suppose we'll never fully understand why our species has succeeded so well in exploiting the immense advantages of evolution -- think about it -- conquering the threat of extinction through the exploitation of extraordinary physical, social and intellectual powers.  But survive the human race has through successive periods of immense challenges, while advancing evermore important social, technological and scientific discoveries.  And as a consequence of these advances, you 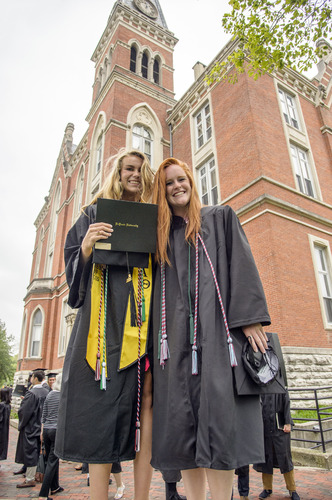 who leave DePauw today face a future riper with promise than that for any previous generation of graduates. And most would agree that although we are plagued by massive inequalities in who benefits from this promise, we stand on the brink of the most daring and important advances yet to be seen as the breathtaking acceleration of scientific and medical discoveries dramatically improve the quality and longevity of life."

Ashton T. Johnson, this year's recipient of the Walker Cup, addressed her classmates this year, per tradition.  Her remarks are noted in this story, with accompanying video.

Graduates and their families who wish to own a high-quality, permanent video of DePauw's 2015 commencement may order a limited edition commemorative DVD. The disc, which is professionally replicated, will include footage of each graduate receiving their DePauw diploma as well as a range of bonus materials.  They will include clips of some of the most memorable moments of the past four years, starting with the arrival of the graduating 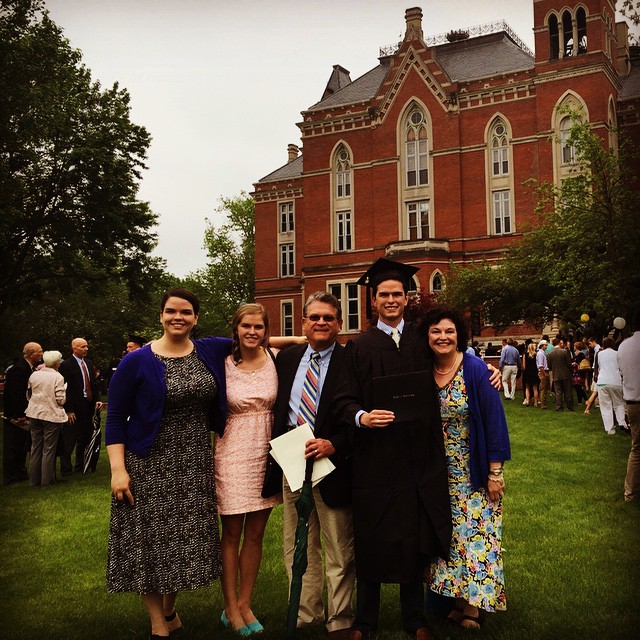 class on campus in August 2011, and concluding with the May 7, 2015 "topping out" ceremony for Hoover Dining Hall.

The disc, which is now in production, will also include highlights from Ubben Lecturers who have visited DePauw over the past four years, including Bill Clinton, Jane Goodall, Jimmy Kimmel, Martin Luther King III, Piper Kerman and Andrew Luck. Orders are now being accepted at $19.95 for the first disc; additional DVDs sent to the same address will be $8 each (7% sales tax will be added to Indiana orders).