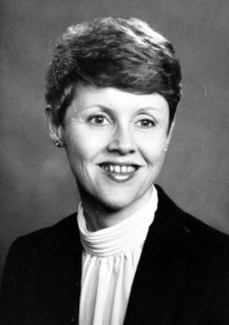 July 18, 1990, Greencastle, Ind. - Patricia Collins Jones, formerly president of the Wisconsin Conservatory of Music, is the new director of the DePauw University School of Music.

She received her Bachelor of Music degree from Juilliard where her major instrument was piano.  She received her M.F.A. from Ohio University and her Ph.D. in musicology from Rutgers.

Founded in 1884, the DePauw University School of Music is one of the nation's oldest private institutions for post-secondary music instruction and the longest-running in Indiana.