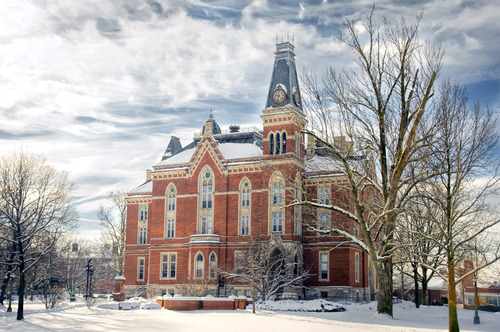 "Prosecutors said Brown led two other men, Gabriel Jordan and Teddy Weems, in committing a series of robberies and attempted robberies of drug dealers and gambling houses in Indianapolis and Evansville, involving 13 shootings using assault rifles and machine pistols in December 2005. The shootings included the premeditated murders of 28-year-old Jahi Bell of Evansville, as well as Ricky Green, David Twitty and Vanessa Hankins of Indianapolis ... Brookman received the award for his leadership in prosecuting Brown and the other men."

"Matt Brookman is an outstanding member of our office," said Joseph Hogsett, U.S. attorney for the Southern District of Indiana.

Brookman, who majored in history and economics at DePauw, states, "The award I received really should have had a lot of names on it. It was a whole-office effort."