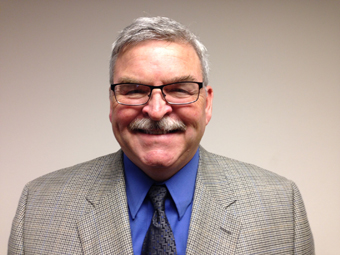 Drawing new businesses, jobs and economic stimulus to downtown Greencastle is a chief task of Bruce Clute, who has joined DePauw University as director of collaborative community initiatives and auxiliary services.  Well known in the Putnam County business and civic community,  Clute brings a strong background of real estate development, management and marketing to his new role.

Clute will serve as a liaison between DePauw and economic development initiatives under way in and adjacent to Greencastle's courthouse square. The University and the city partnered in a successful effort to land one of the State of Indiana's first Stellar Communities grants in 2011. The resulting work has revitalized the courthouse square and central business district with streetscape improvements, façade renovations, and signage; relocated the DePauw University bookstore to the square, where it is adjacent to a Starbucks -- both opened three years ago this month; and created new public parking solutions and housing options. This summer, the DePauw School of Music launched a new initiative, Music on the Square, which brings music education programs and performances to the courthouse square.

"The pieces are in place -- among them, an historic downtown and important existing businesses -- to turn our charming city into a place that is a major attraction to local residents and attracts others from around the region," says Clute. 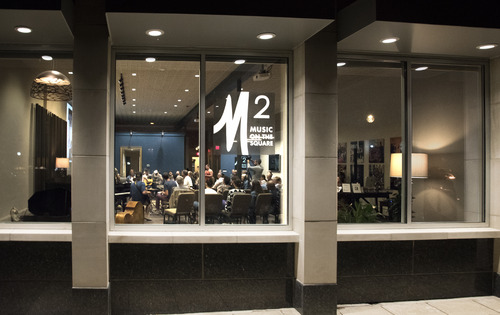 "DePauw is committed to working with local entities to strengthen the existing business climate downtown and to attract additional restaurants and other businesses to create a very vibrant Greencastle -- efforts that will make this community more attractive to everyone." (at right: Music on the Square; below: the Starbucks downtown)

"As a major employer in this region, we take very seriously our responsibility to advance positive economic development and quality of life outcomes 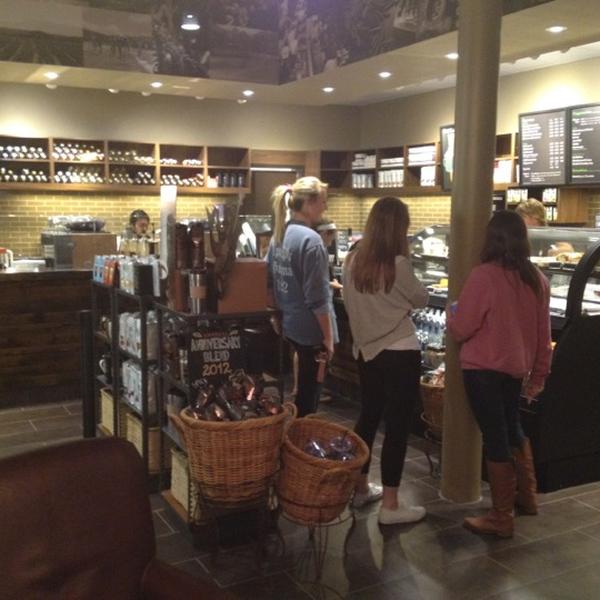 for all citizens of the Greencastle community," says Brad Kelsheimer, vice president for finance and administration at DePauw. "Adding a resource of Bruce's caliber will provide the capacity for us to even more actively engage in an a very exciting and pivotal time in Greencastle's development.”

Bruce Clute's duties at DePauw will also include overseeing the University's auxiliary operations, including the campus dining service (managed by Bon Appétit, Eli's Bookstore & Café (operated by Follett Corporation) and The Inn at DePauw 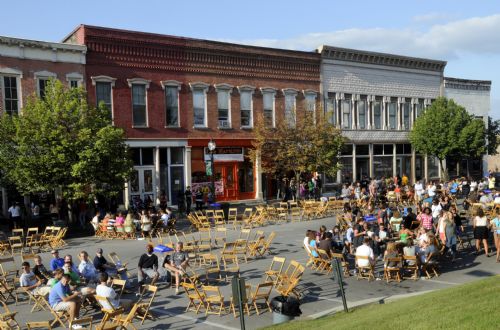 "We are thrilled to have identified someone with Bruce's credentials here in our own backyard," adds Kelsheimer. "Bruce comes to DePauw with a background rich in business development and a solid understanding of the benefits of a growing tax base within a community. Bruce’s long history as a Putnam County resident position him ideally to serve as a valuable set of eyes and ears that will help ensure that DePauw’s efforts are optimally aligned with the needs of our community. I believe Bruce will serve as a steady hand in balancing the exciting, new energy that downtown revitalization will bring with the critical need to support longstanding businesses in our downtown district such that they will thrive during a coming period of growth."