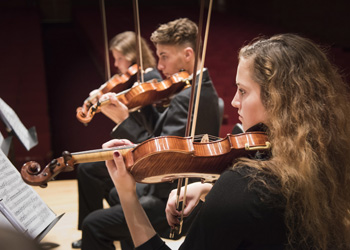 The great Germanic tone poem Death and Transfiguration, by Richard Strauss, and American composer Michael Torke’s joyful Javelin, written for the 1996 Atlanta Olympics, are the featured works to be performed by the DePauw University Orchestra for its concert on Sunday, part of a ten day celebration of events during DePauw’s 14th annual ArtsFest. Music director Orcenith Smith conducts the concert, which will be given at 3 p.m. on November 1 in Kresge Auditorium, located within DePauw’s Green Center for the Performing Arts.

“How these works speak to this year’s festival theme of ‘Art & Transformation’ is very different,” says Smith “While Torke’s piece shows how minimal musical gesture unfolds from the tiniest seed 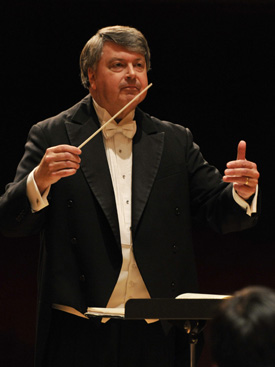 to reveal and surround a magnificent musical theme, Strauss’s music tells an emotion-filled story of a man’s life through its transfiguration to a soul in the afterlife.”

Also included on this ArtsFest concert will be Samuel Barber’s First Essay for Orchestra -- a work that was student-selected. According to Smith, the composer Michael Torke wrote to them about how pleased he is that they are performing his Javelin, and Smith offered the students an opportunity to learn about programming concerts through consideration of how to position a work with the other pieces on the program.

“The students then submitted works of interest,” says the director, “and the Barber was selected.” Similar to a literary essay, the idea behind Barber’s orchestral essay is the development of a single melodic thesis into a complex, well-reasoned work, an idea that fit well with this year’s theme.

General admission tickets to Sunday’s orchestra concert are $3; tickets for seniors, children and all 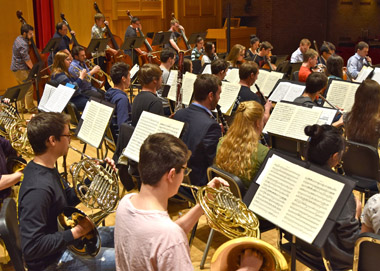 students are free. For more information and online purchases, visit www.depauw.edu/music/tickets. An automatic ticket kiosk located on the first floor of the Green Center is available for making walk-up ticket purchases at any time of day using a credit or debit card. The venue’s box office will also be open beginning one hour prior to the performance.