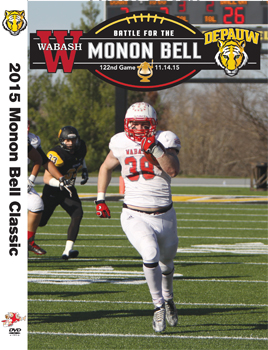 The commemorative DVD of the 2015 Monon Bell Classic, played six days ago at Blackstock Stadium, is now at the factory and is being replicated in limited quantities for fans of the annual football game between DePauw University and Wabash College.

The discs are available for $15 each and will ship when they arrive from Oasis Disc Manufacturing in about two weeks.  An online order form is available here.

The DVD's nearly five hours of content includes Saturday's AXS TV telecast of the 122nd game in the storied rivalry, presented in widescreen and enhanced for 16x9 televisions.  The disc also contains photo galleries of this year's clash between the Tigers and Little Giants; media coverage 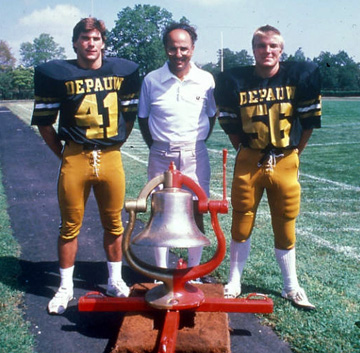 Only 300 copies of the DVD will be manufactured; each college will have 150 to distribute.

Monon Bell Classics (supplies of past games are extremely limited with the 2004 and 2006 discs sold out; the 2008 package is a two-disc set including all 115 "Monon Memories" produced to that date).

All of the discs may be ordered here. 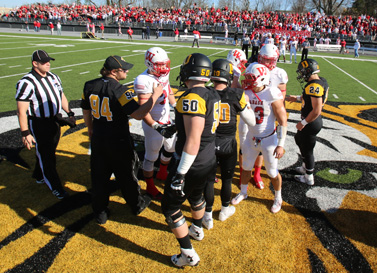 The Monon Bell was voted Indiana's best college sports rivalry by fans of ESPN, and is noted in the DVD collection, ESPNU Honor Roll: The Best of College Football, as one of the nation's best annual clashes. The Monon Bell was featured on CBS' Sunday Morning and has twice been spotlighted in Sports Illustrated.