Ken Trainor writes, "Luke Lattner, from Hinsdale, previously starred on the hardwood at Fenwick where Johnny regularly watched his games. The elder Lattner was famous for winning the 1953 Heisman Trophy at Notre Dame, and he apparently had plenty of good basketball genes to pass along as well. In 1949, Johnny averaged a team-best 15.8 points to lead Fenwick to a 22-7 record and the Chicago Catholic League championship." 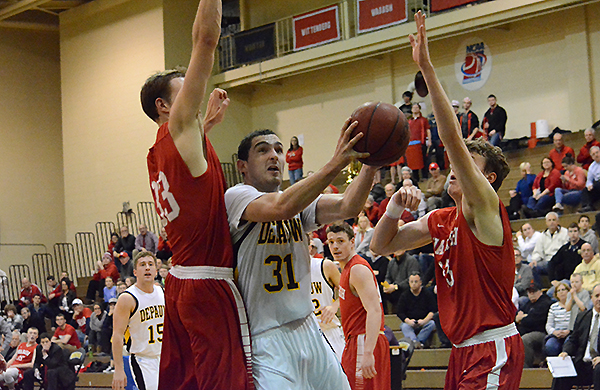 A video featuring all 55 of Lattner's points against Wabash in the record-setting game is embedded below.