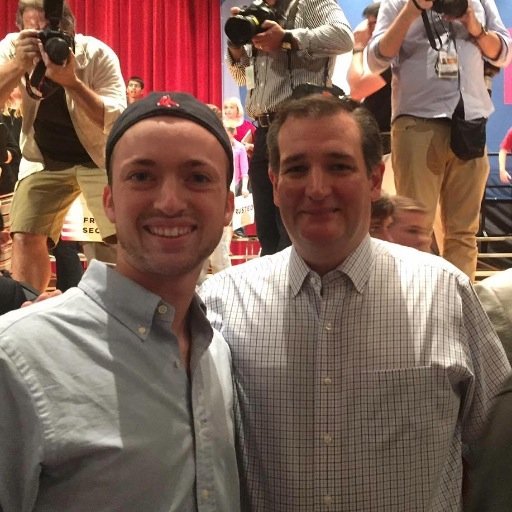 "Michael Froedge, a 2014 New Castle High School graduate, is slated to be on the national Fox News program, The Kelly File, from 9-10 p.m. tonight as part of a focus group. Froedge is a DePauw University sophomore student," reports the Courier-Times of New Castle. [photo: Froedge with Sen. Ted Cruz R-Texas)]

The piece adds that Froedge, a political science and economics double major, "will be a summer intern for Sen. Dan Coats and will be studying at Georgetown."