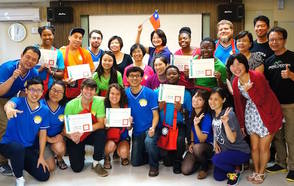 Sponsored by the Taiwanese government for the past three years, the program's week-long camps are designed to excite interest in learning English, to balance the teaching resources between Taiwan's urban and rural areas, and to open students’ international vistas. This year, for the first time, the program recruited native English speakers to join the local camp councilors. After an initial two-week training, each of the American students joined a team of Taiwanese college students, traveling to schools in generally rural, mountainous areas (two students went to an island offshore). In total, 14 teams ran four camps at four different locations. Every camp was also visited by experienced Taiwanese teachers to ensure the quality of instruction. Impressed by the American students' dedication and effectiveness, the Taiwanese government has since decided to provide international airfare for next year's American participants. 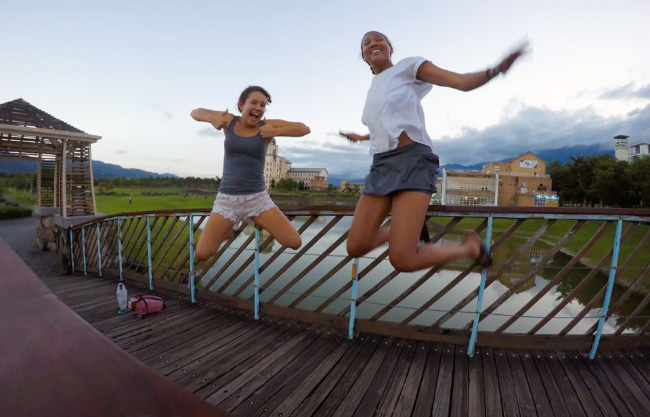 "Our students' participation and interactions with the 151 Taiwanese college students enriched and strengthened the program for everyone involved," Mou says.

Taiwan is an island off the shore of mainland China, and it has a vibrant and multifaceted culture, influenced by Holland and Spain in its early history and by Japan and America in recent history. Politically separated from China since 1949, it is often been called a citadel of Chinese culture. Geopolitically, it is in the midst of the recent territorial disputes in the South China Sea.