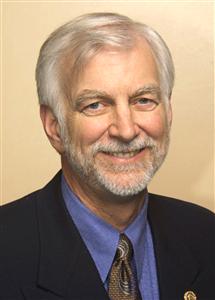 U.S. Housing and Urban Development (HUD) Secretary Julián Castro has appointed Jon Gresley, a 1968 graduate of DePauw University, to serve as HUD's Regional Administrator in Region 9, which includes the western states of Arizona, California, Hawaii, Nevada, and the U.S. territories in the Outer Pacific.

"In his new position, Gresley will serve as HUD’s chief liaison to state and local elected officials, congressional delegations, and other stakeholders throughout this region," notes today's announcement. "He will work closely with senior officials of other federal agencies to effectively leverage resources and implement Administration-wide initiatives. He will also coordinate the delivery of HUD programmatic and financial support in housing, community and economic development to the numerous housing authorities, federally recognized tribes, state and local governments, and thousands of other stakeholders in the region."

"I’m thrilled Jon’s bringing his years of experience to HUD," states Secretary Castro. "He’s been deeply involved in managing a large portfolio of public housing and improving living conditions for thousands of families over the years. Jon began his housing career with HUD. We’re happy to welcome him home."

A mathematics major at DePauw, after graduation Gresley served in the Peace Corps in the Philippines. He joined HUD as an urban intern in the early 1970s. He served as the deputy executive director of the Oakland Housing Authority in 1980, and from 1999-2010 he was the agency’s executive director.

"During his tenure, that agency gained national and international recognition for innovative affordable housing strategies including working closely with the Alameda County Sheriff’s Department to establish the MOMs (Maximizing Opportunities for Mothers to Succeed) Program, an effort to provide affordable housing opportunities to justice-involved mothers being re-united with their children and transitioning back into society after incarceration," notes the announcement. "In addition, Gresley collaborated with non-profit and for profit developers in an effort to revitalize 394 units of severely distressed public housing with 1096 units of attractive, affordable, mixed-income rental apartments and homeownership homes."