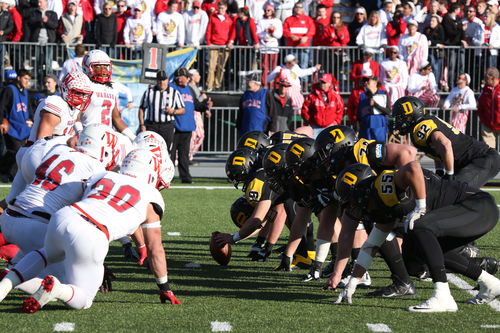 A limited edition commemorative DVD capturing all of the excitement of the 123rd Monon Bell Classic, season highlights for DePauw University and Wabash College, and historic footage from the archives, is now available for pre-order.  Beginning today, advance orders of the DVD care being accepted at a special "early-bird" price of $10; on game day the price will increase to $15. A $4 shipping and handling charge will be added to each order, regardless of size, as well as 7% sales tax to orders shipped within Indiana.

Only 300 copies of the 2016 DVD will be manufactured; each college will have 150 to distribute. Reserve

your limited edition disc, which will be professionally replicated, by accessing an online order form.

The game itself will be played Saturday, November 12, in Crawfordsville.  The contest will again be seen nationally on AXS TV, and a live stream will be available for the first time, so the game may be viewed worldwide.  Tickets will be made available soon. 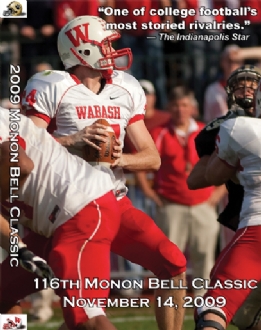 To date, 20 contests in the historic series have been captured on DVD, which is a collaborative production involving both colleges.  The 2016 edition will again amount to a "digital yearbook" of the season for both teams. The disc will include the game telecast presented in widescreen and enhanced for 16x9 televisions; photo galleries of this year's clash between the Tigers and Little Giants; a collection of hundreds of historic images dating back to the rivalry's early days; "Monon Memories" of memorable contests; the always popular Ballad of the Monon Bell, a perennial favorite, and other extra features. 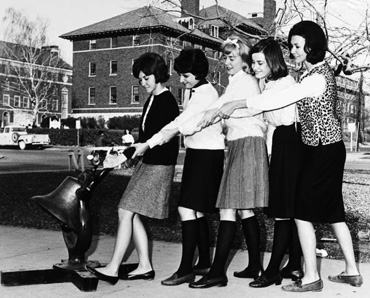 all 115 "Monon Memories" produced to that date).

The Monon Bell Classic was voted Indiana's best college sports rivalry by fans of ESPN, and is the subject of a 2013 book authored by Tyler James '11, The Monon Bell Rivalry: Classic Clashes of DePauw vs. Wabash. The game is also noted in the DVD collection, ESPNU Honor Roll: The Best of College Football, as one of the nation's best annual clashes. In both 2015 and 2013, ESPN's College GameDay included the Monon Bell in its coverage.

The Tigers are 3-0 on the season and will host Kenyon College at Blackstock Stadium this Saturday, October 1.  Get the very latest at the football program's web page.