Donald H. White, a noted composer and music educator who taught in the DePauw University School of Music for more than 30 years and served as its director from 1974-78, died yesterday in Colorado Springs, Colorado. He was 95 years old.

Born February 28, 1921 in Narberth, Pennsylvania, White studied music education at Temple University, composition at the Philadelphia Conservatory, and earned the M.M. and Ph.D. from the Eastman School of Music in Rochester, New York. 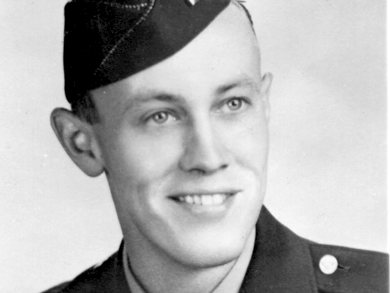 as a navigator on B-17s and was awarded the Air Medal and two Oak Leaf Clusters for "exceptionally meritorious achievement while participating in 15 separate bomber combat missions over enemy occupied continental Europe." He was shot down on March 26, 1944 on his 19th mission over Germany/France (bombing V-2 rocket emplacements in Pas de Calais area in Northern France), was captured and held in a prison camp for 13 months.

In 1947, White joined the DePauw faculty, and served as chairman of composition and theory studies from 1948-81, spending four years leading the School of Music. He left DePauw to chair the music department at Central Washington University in Ellensburg, Washington, serving from 1981-90. 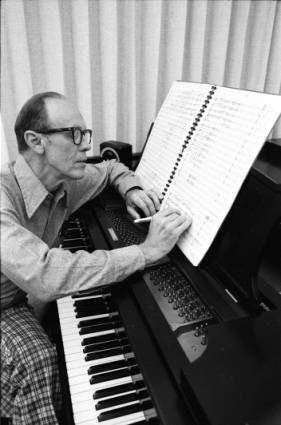 Adam Hilkert, a 2008 graduate of DePauw University, is now a doctoral candidate in instrumental conducting at George Mason University. "I wrote my master's thesis on selected works of Dr. White's for band, and I am currently preparing my doctoral dissertation on his unpublished piece for band and chorus. Don was a gifted composer and educator, who had a profound impact on my life. I am eternally grateful to have developed a friendship with him over the past several years, and I will miss him very much."

Hilkert, who is also conductor and bassist for the U.S. Army Bands and an 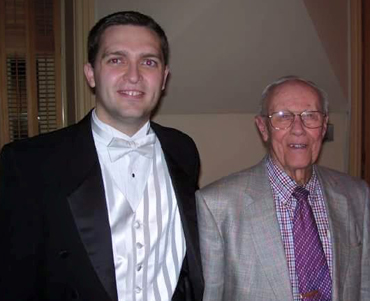 officer candidate, adds, "I was fortunate to meet with him and his family several times, and I will never forget the many things he taught me and shared with me."

Craig Paré, professor of music at DePauw, noted today, "Over the last fifteen years, I had the privilege of getting to know Don White personally.  He was on the faculty long before I arrived at DePauw, but he would visit Greencastle twice each year to spend time with his daughter Barbara Bryan and her family.  I was particularly interested in meeting and talking with Don because of his wonderful music for band, as well as his great stories from his tenure at DePauw.  He had, for example, a delightful story (which he told with a huge grin) about introducing Judson and Joyce Green ('74 & '75) when they were undergraduate students in his music theory class. 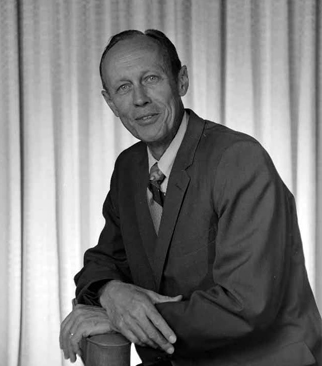 "As we became friends, I learned more and more how much DePauw meant to Don, and what he contributed to the University and the School of Music.  In addition to serving as the director of the School of Music, he helped establish the first contemporary music festival in 1962 that brought world-renowned composers, such as Aaron Copland, Howard Hanson, and Vincent Persichetti, to DePauw to work with DePauw student musicians.  He means a great deal to this institution and will be missed by many of us and remembered fondly."

An online obituary is available here.
Back