ArtsFest 2016 Offers a Cornucopia of Musical Offerings This Week

Among a feast of arts offerings this week during DePauw University’s campus-wide ArtsFest 2016, “Art & Utopia,” will be four performances by the DePauw School of Music.

Beginning Wednesday, November 2 at 10:20 a.m. there will be a free Student Recital Hour, specially curated for the festival by senior Alec Barker, followed on Thursday, Nov. 3 at 7:30 p.m. by a performance by the DePauw Chamber Players for the fall Faculty Select Series.

On Saturday, hear the DePauw Percussion Ensemble when it takes the stage at 7:30 p.m. in Thompson Recital Hall, and on Sunday, 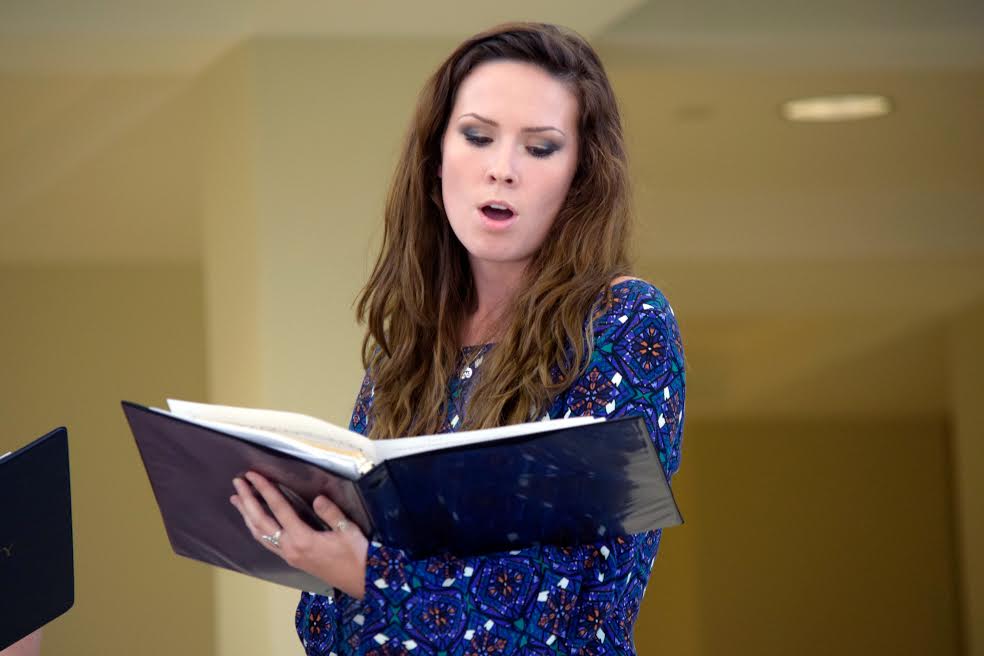 Nov. 6 at 3 p.m., the closing concert of the fifteenth annual festival, conducted by Kristina Boerger. All four School of Music performances this week will be presented in the Green for the Performing Arts on the DePauw University campus.

Probing the utopian/dystopian theme of ArtFest 2016, the DePauw Chamber Players will present an evening of music centered around Soviet composer Dmitri Shostakovich’s Piano Trio No. 2, an intense emotional whirlwind of a work written during the height of World War II. This piece will be paired with Toru Takamitsu's “Between Tides,” based, as the name suggests, on the rise and fall of the ocean’s tides 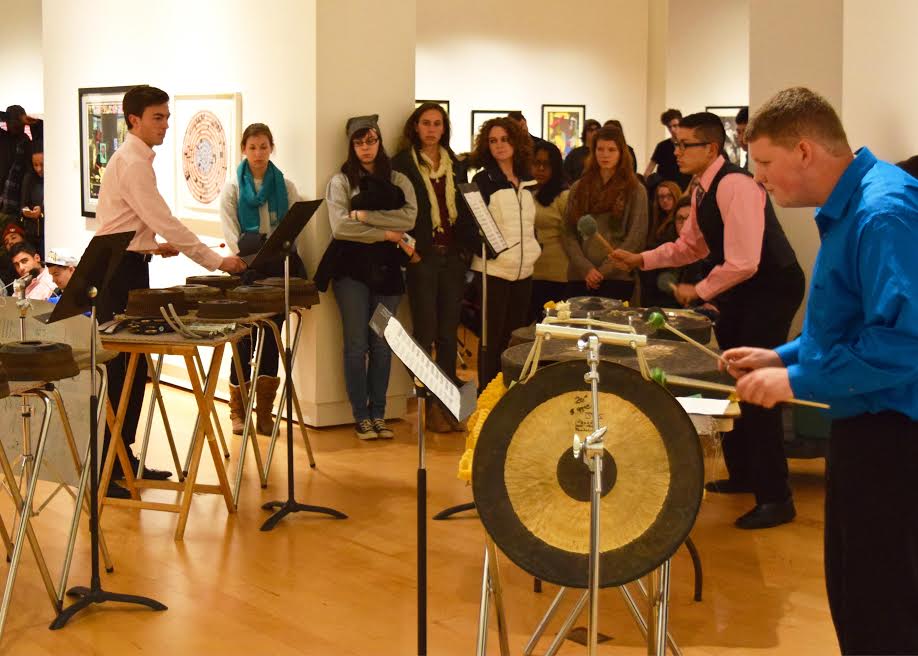 In response to the ArtsFest theme, the DePauw Percussion Ensemble celebrates music as the international language: as one peaceful world.

“Musicians have been communicating through music without language barriers for thousands of years,” says Ming-Hui Kuo, director of the percussion studio at DePauw, “especially since the 20th-century advent of global media.”

Among the works the ensemble will present is revolutionary thinker John Cage’s “Third Construction,” a composition born during a period of war, in 1941, that has since become a classic work of the percussion repertoire with its global array of instruments and “micro/macrocosmic structure” in which the whole is reflected in the individual parts. 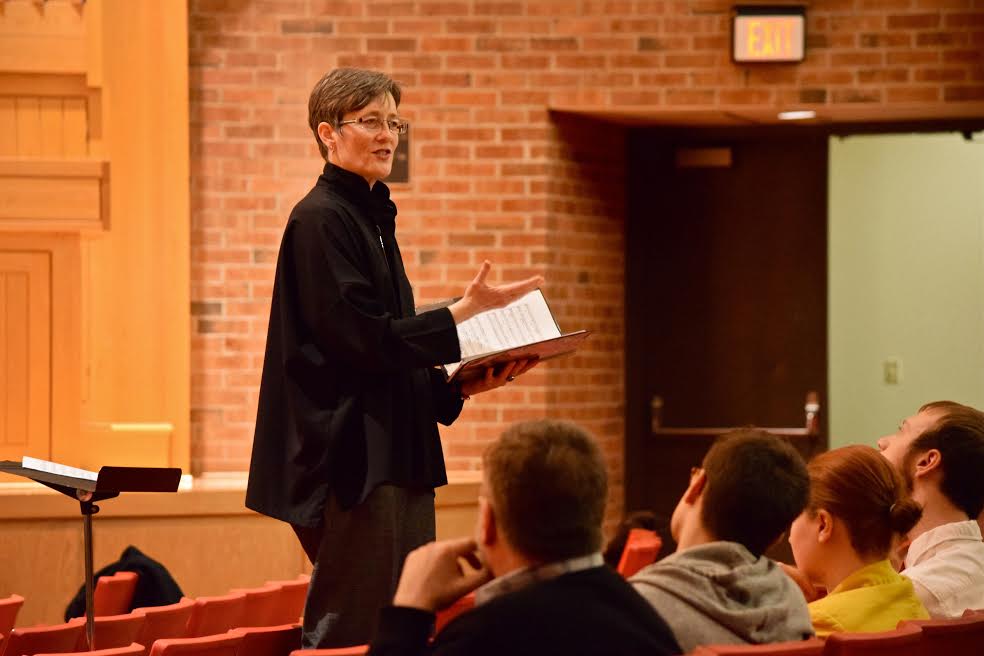 “The very foundation of the choral instrument in the West was utopian at its impulse,” says Kristina Boerger, director of choirs at DePauw. “It began with individuals’ attempts to unite their voices with perfection sufficient to reach the ear of God, to articulate and carry their strongest aspirations for the good.”

A contemplation of utopia and dystopia from a variety of perspectives will be heard in Sunday’s ArtsFest performance, “More Perfect,” a program of poems, belief statements, political projects and musical expressions created by DePauw’s combined choirs, directed by Boerger, in collaboration with DePauw pre-law students advised by Christine Munn. 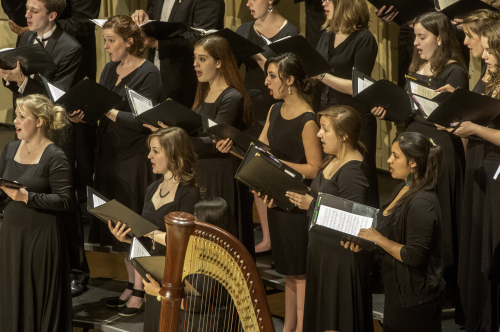 offers the poet’s evocation of the perfect life. Contrasted with it will be Yeats’s apocalyptic vision in “The Second Coming.” Johannes Brahms’s first motet joyfully proclaims the perfected state attained in the afterlife by the faithful, while Giles Swayne’s anguished and satirical “Missa Tiburtina,” a Mass of unbelief, rejects faith on the evidence of human suffering on earth.

Choral music from South Africa carries forward a record of the successful overthrow of Apartheid, and traditional polyphony from the island of Corsica models the exquisite listening and responding required for utopian communal existence.

The culminating work, Benjamin Yarmolinksy’s oratorio The Constitution, which closes both the concert and the festival, presents words hewn by our nation’s founders and leaders in their attempts to construct the best 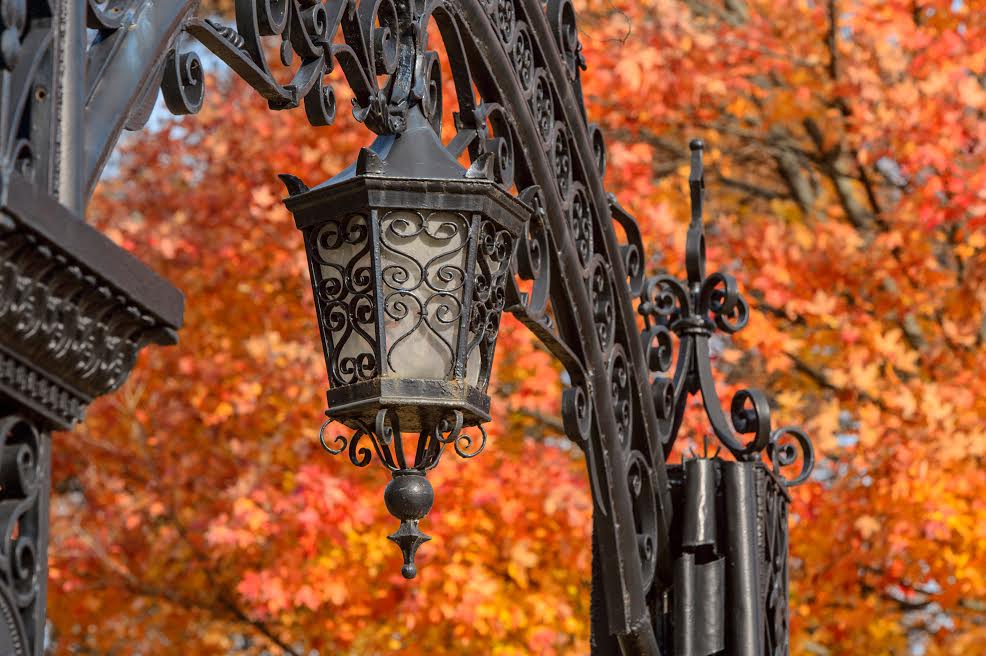 society on which they could agree. After singing several Amendments of interest, DePauw pre-law students will present reflections on the Amendment’s utopian successes -- and on unintended, dystopian consequences.

The Recital Hour and Percussion Ensemble performances are free. General admission is $10 to the Faculty Select Series and $5 to the choral concert; tickets for seniors, children and all students are free. For online purchases, visit music.depauw.edu. The venue’s box office is also open beginning one hour prior to each concert.

A complete schedule of ArtsFest 2016 events can be found here.