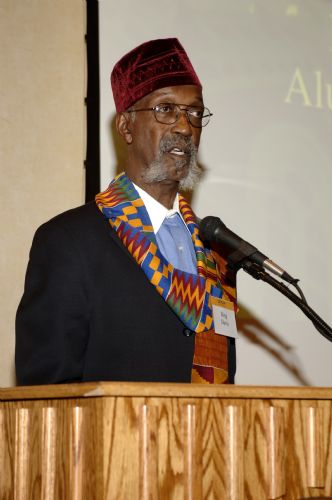 Artist and educator Willis H. "Bing" Davis, a 1959 graduate of DePauw University, will speak to the annual meeting of the 365 Project. The event will take place Monday, November 14, at Antioch University Midwest in Yellow Springs, Ohio.  Davis will discuss "Art as an Agent of Change."

"Davis is a Dayton artist who has taught in Dayton Public Schools and at DePauw University in Indiana and Miami University in Oxford, Ohio," notes the Yellow Springs News. He was also the chair of the art department and the director of the Paul Robeson Cultural and Performing Arts Center at Central State University in Wilberforce, Ohio." 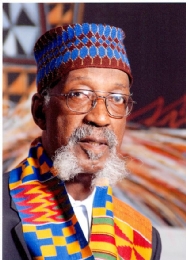 Bing Davis majored in art education at DePauw where he played on the Tiger men's basketball team and became the first African American member of the DePauw faculty.  He received an honorary Doctor of Fine Arts degree from his alma mater in 1997. In 2013, DePauw's Richard E. Peeler Art Center featured an exhibition, "On the Shoulders of Ancestors: The Art of Willis Bing Davis".