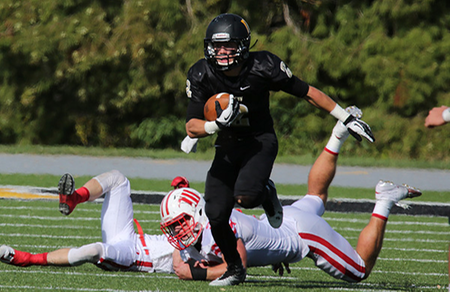 Eric Wohlford writes, "Kirchhoff, a record-setting running back while at North Decatur High School, will play his final game at DePauw when the Tigers travel to Wabash to play the 85th annual Monon Bell game. It is the 123rd time the schools have met overall."

Noting his "outstanding" career, the newspaper points out, "Kirchhoff has rushed for 1,749 yards on 323 carries, including 673 this season. The 5-foot, 10-inch 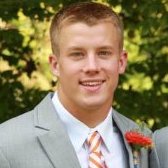 Information on tickets for Saturday's contest, which will be played in Crawfordsville and will air nationally on AXS TV and be available by video stream, cam be found here.

Per tradition, telecast parties will be held in more than 50 cities across the United States.  Here's a list of the sites.

A commemorative, limited edition DVD of the 2016 Monon Bell Classic is available for pre-order at a discounted price before game day.  Learn more here.

A new video version of The Ballad of the Monon Bell has been created for the 2016 game.  You'll find it embedded below.

DePauw and Wabash first met on the gridiron in 1890.  In 1932, a locomotive bell from the Chicago, Indianapolis and Louisville Railroad Company, also known as the Monon Line, was donated and became the winner's trophy each year. (at left: the cover of the 1932 game day program)