Sold Out!: All Seats for the 123rd Monon Bell Classic are Claimed 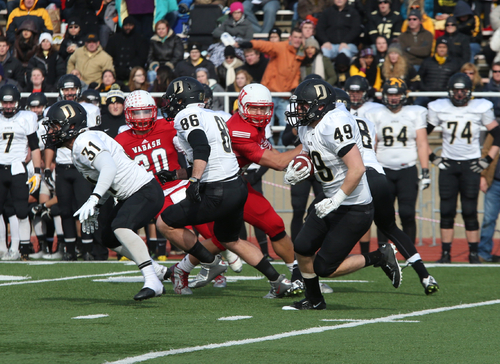 Seats for the 123rd Monon Bell Classic, which will be played tomorrow afternoon in Crawfordsville, are officially sold out.

The game -- one of college football's oldest and most storied rivalries -- pits DePauw University against Wabash College.  Kickoff is set for 1:09 p.m.

The contest can be seen nationally on AXS TV.  The national cable and satellite network is televising the game in high definition for the 12th time; Rich Cellini and legendary NFL player and broadcaster Paul Maguire will provide color commentary for the sixth consecutive year (they're seen at left with the winner's prize). 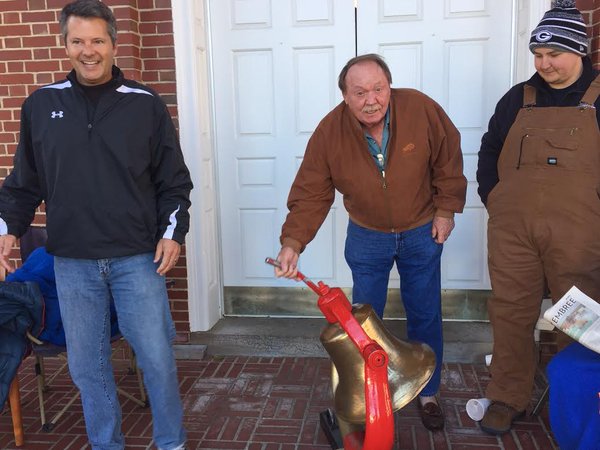 The broadcast begins at 1 p.m. and will, for the first time, be available worldwide via an online stream, accessible here.

The contest will also be seen on the cable television systems of DePauw and Greencastle on channel 3.

Links to game notes and other features can be accessed here. 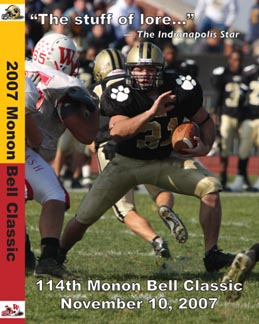