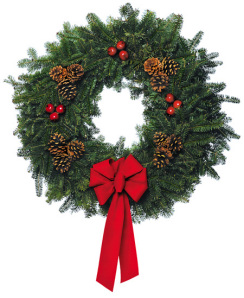 "St. Paul the Apostle Church in Greencastle will host a Festival of Nine Lessons and Carols, on Friday Dec. 9 at 7 p.m.," reports Greencastle's Banner-Graphic. "The service, whose readings and music tell the story of Christmas, will also aim to raise funds for the poor and needy."

The newspaper notes, "The event will function as an ecumenical rallying point around the needy in the county, with pastors and leaders from local churches, representatives from ministries for the poor and needy, and local political leaders all joining in on the readings. DePauw University President Mark McCoy will join the president of the Putnam 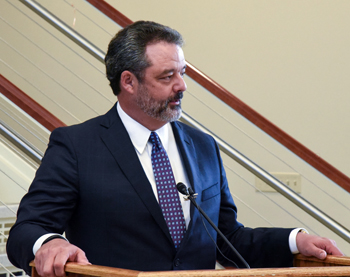 County Emergency Food Pantry, Greencastle pastors and local leaders in ministry to the poor and needy in participating in the service."

D. Mark McCoy was appointed DePauw's twentieth president on March 7 following a national search and took office July 1, 2016.  He was inaugurated in October during ceremonies over Old Gold Weekend, which may be viewed below.