"The media world is aghast that president-elect Donald Trump holds it in low regard and has no interest in improving the toxic relationship," begins an opinion column by Jeffrey M. McCall, professor of communication at DePauw University. "Instead of bemoaning this state of affairs, however, the journalistic world would serve itself and the citizenry better by focusing on real news stories that affect the nation. Stop reporting about every Trump-media snit. Note to reporters: the news agenda is not about you."

The op-ed, which is appearing in newspapers this weekend, notes that stress between the president and the press is "inevitable" and has a long history.

"The media Chicken Littles must be unaware that many (most?) presidents engaged in running wars with the press," notes Dr. McCall. "John Adams hated the press so much that he signed the Sedition Act into law in 1798. That law made it a crime to publish 'malicious writing' about government officials. About two dozen newspaper editors were prosecuted. Thomas Jefferson railed in his second inaugural against the 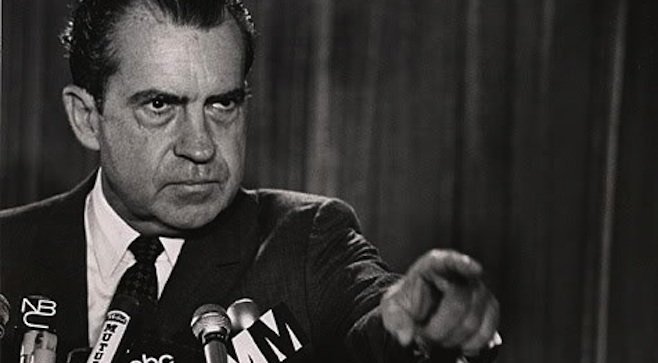 'artillery of the press,' accusing the institution of 'licentiousness.' Add Harry Truman and Lyndon Johnson to the list of presidents who had contempt for the press. Then there was Richard Nixon, who sent out Vice President Spiro Agnew to ridicule the press as 'nattering nabobs of negativism.'

"President Obama has been given a pretty soft ride by the media, but even he waged a relentless battering of Fox News for not getting in line. The Obama administration, ultimately, was not that sympathetic to the press. The Society of Professional Journalists wrote a letter in 2014 complaining about the lack of executive branch transparency. That letter was co-signed by multiple news organizations. New York Times reporter James Risen was threatened with jail time for not revealing his sources. Associated Press reporters had their phones tapped. CBS reporter Sharyl Attkisson claimed her computer was hacked to disrupt her Benghazi reporting. Trump bashes the

media rhetorically, but Obama’s administration acted out its disrespect for the press."

The professor offers, "Trump has every right to despise the press, but it would still behoove him to develop a sensible way to manage press interactions. One thing Trump could do is to empower incoming vice president Mike Pence to engage the media more often on behalf of the administration. Pence is poised and measured, whereas Trump often appears undisciplined in off-the-cuff press encounters."

McCall concludes, "Clearly, Trump and the media will butt heads throughout his presidency. That’s actually OK. The nation doesn’t need a press corps that is chummy with the White House or a White House that is pals with the press. That should keep both sides accountable."

You can read the complete essay at the website of Indiana's Kokomo Tribune.

The professor is regularly called upon to analyze media issues.  He recently discussed President-elect Trump and the media with the Washington Post and has made several recent appearances on Chicago's WGN Radio to discuss the presidential campaign.