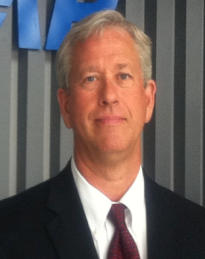 John P. Miller, a 1979 graduate of DePauw University, has been appointed president and chief executive officer of Power Solutions International (OTC Pink : PSIX). The company bills itself as "a leader in the design, engineer and manufacture of emissions-certified, alternative-fuel power systems."

Miller "has more than 35 years of broad-based executive management experience in the manufacturing, distribution, and transportation industries in both public and private equity companies," notes an announcement. "From 2008 until 2016, he served in operational and financial management positions of increasing responsibility at Navistar International, a global manufacturer of commercial and military trucks, school buses, diesel engines, and provider of service parts for trucks and diesel engines, and most recently, from 2014 as senior vice president operations and corporate finance. Mr. Miller's prior positions at Navistar included vice president and general manager for specialty business as well as vice president and chief financial officer for engine and parts."

An economics major at DePauw, Miller went on to earn an M.B.A. from the University of Michigan.