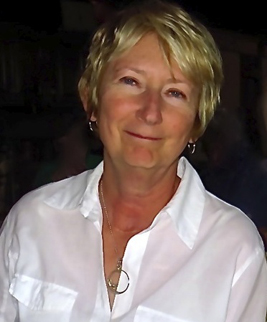 "Stepping into different characters and situations is great fun for me," says Linda Heuring, the 1976 DePauw University graduate who authored the new collection of short stories, A Woman Walked into the Bar. "Who wouldn’t like to imagine yourself on a Mexican beach in the middle of a Chicago winter? In (my book), I was able to temporarily live with 15 different main characters in a variety of locations, from the Louisiana swamp to a Chicago high rise."

Interviewed in the Northwest Herald of Crystal Lake, Illinois, Heuring notes, "Each story has its own origin, but my stories often come from overhearing a conversation (beware, I might be listening!) and imagining the rest of the story. In my story 'Chaperone for Cousin Katie,' for example, I sat in a doctor’s waiting room 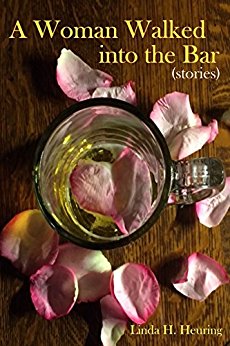 and watched a grandfatherly man tease a small girl about having a boyfriend. 'Tell you what,' she said to him. 'I’m gonna marry him.' Advance the time to her high school years, and you have the character cousin Katie."

The newspaper notes that Heuring, a former journalist, majored in English (composition) at DePauw.  She's scheduled to present a reading in Crystal Lake on May 17.

A Woman Walked into the Bar has been named an "editor's pick" by New Pages.