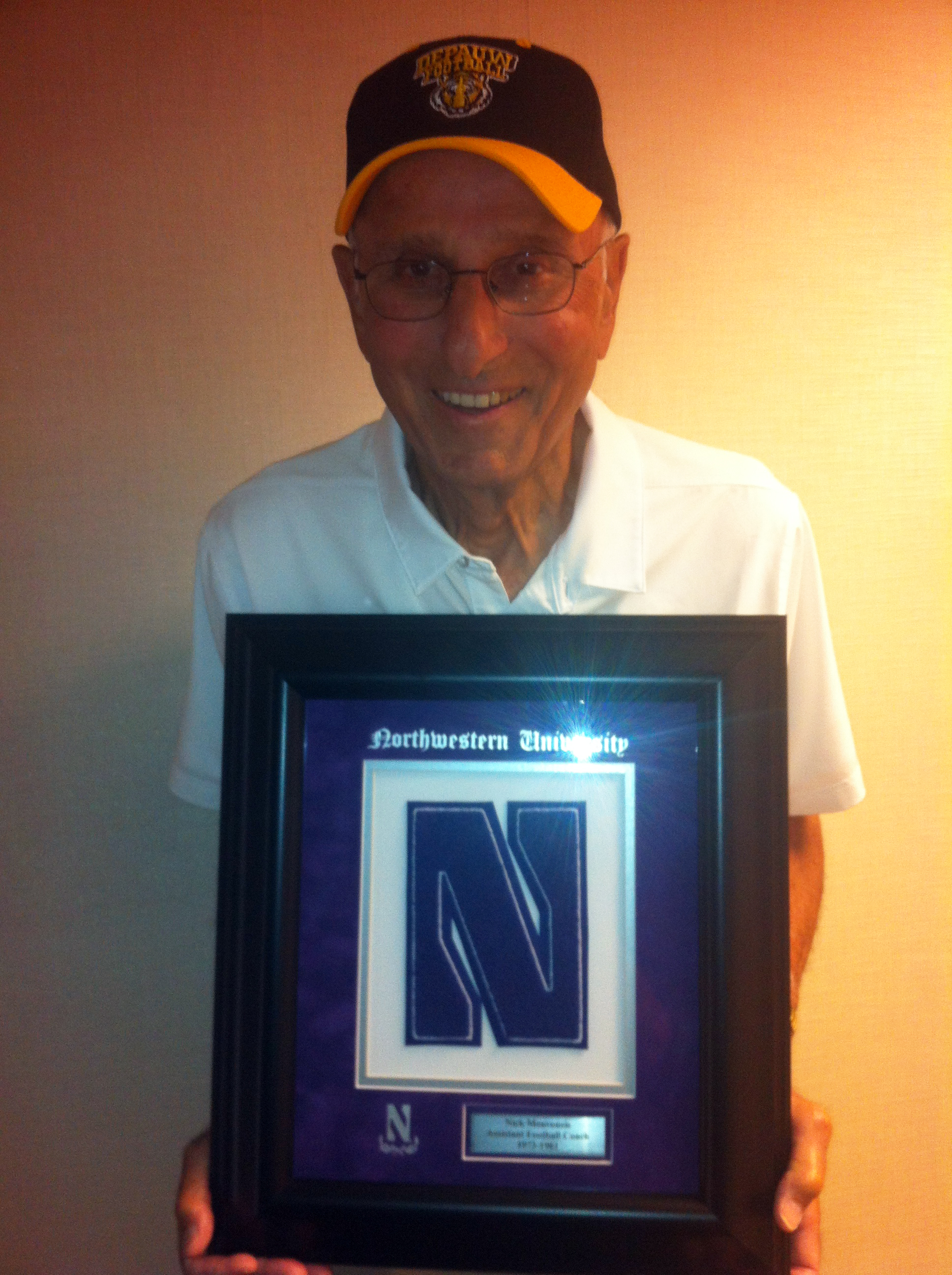 Nick Mourouzis, DePauw University's head football coach from 1981 to 2003, has been inducted as an honorary member into the Northwestern University Alumni Association's N Club. Mourouzis served as an assistant football coach for the Wildcats from 1973-81. He was honored yesterday at a banquet at the Hilton Orrington Hotel in Evanston, Illinois. 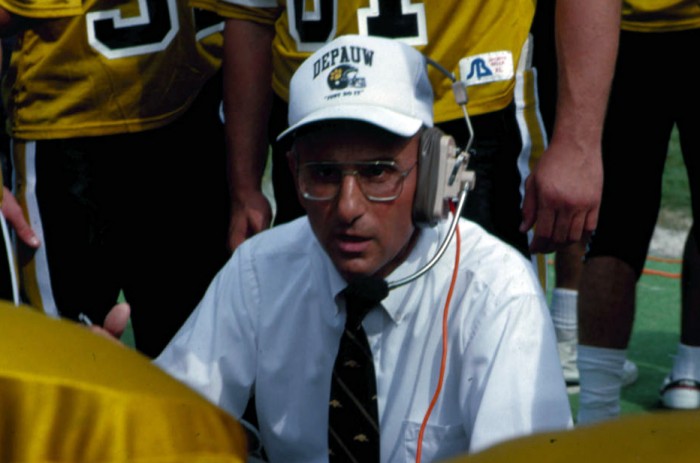 A standout quarterback at Miami (Ohio) University, where he is a member of the "Cradle of Coaches," Mourouzis began his coaching career as a graduate assistant under Bill Hess at Ohio University from 1959-61. "Coach Nick" then spent a year at Ohio's Kettering Fairmont High School, where he was assistant football and head track coach. From there, 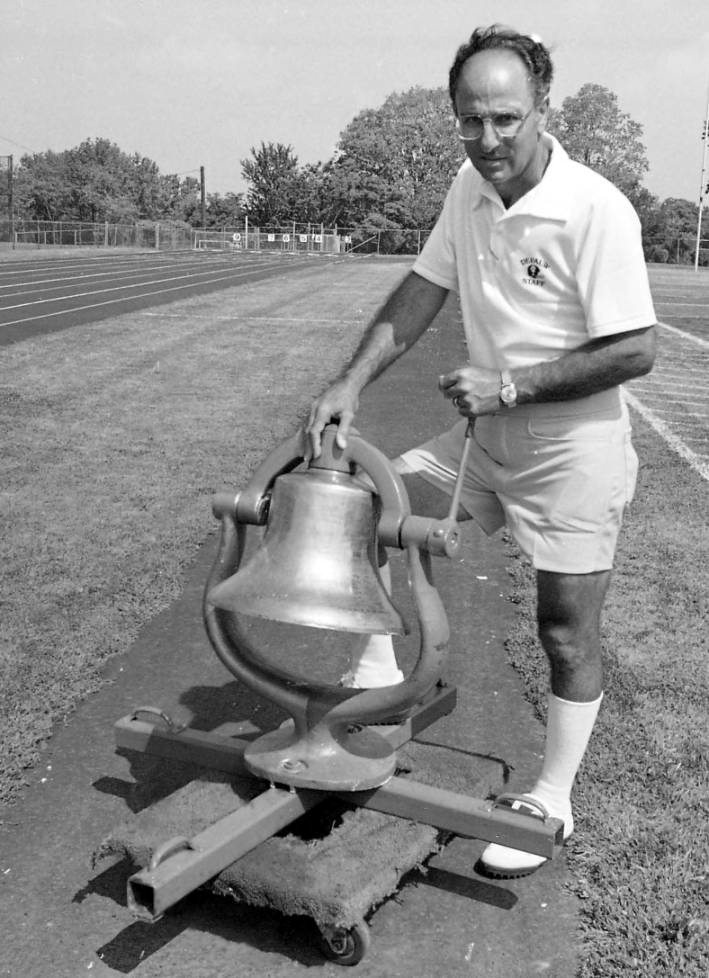 he moved back into college coaching with assistant coaching stints at Ball State (1962-63), Ohio University (1963-65), Indiana (1965-73) and Northwestern, before coming to Greencastle, where he replaced Jerry Berndt.

Professor emeritus of kinesiology at DePauw, Mourouzis is a member of the Indiana Football Hall of Fame and founded Chi Alpha Sigma, the nation's first collegiate scholar-athlete honor society. He was selected by students to deliver the commencement address to graduating seniors in 2004.

In October 2013, the playing surface at DePauw's Blackstock Stadium was dedicated as Nick Mourouzis Field, in ceremonies that were attended by dozens of the coach's former captains and players. A video feature of the presentation is embedded below.