Shame and the Inquisition 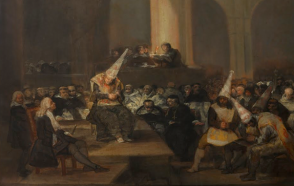 The Spanish Inquisition was cruel and terrifying and omnipresent.

And like any bureaucracy, it left a paper trail.

Inquisitors kept meticulous records of their trials against so-called heretics. They logged everything from personal finances, to testimony for and against the accused – even transcripts of the torture they employed to draw out confessions. Many of these records have survived the intervening centuries, though they remain in their original manuscript form and largely unstudied by modern scholars.

For Melinda Franke ’18 and Assistant Professor of Modern Languages Paul Michael Johnson ’04, the Inquisition’s paper trail ended in Madrid. The student and professor spent six weeks at Spain's National Historical Archive studying what these documents can tell us about the period’s emotional toll on the Spanish people.

Following centuries of Muslim Moorish control of the Iberian Peninsula, the Inquisition sought to define what it meant to be a Spaniard in a unified, Catholic Spain. When it began, there was essentially no separation between the Catholic Church and the Spanish throne, heresy and treason. Hundreds of thousands were driven from the country, tortured, publicly shamed or executed for perceived crimes against church and state. Additionally, an estimated 200,000 Spanish Jews became conversos, or converts to Christianity, in hopes of escaping this sanctioned violence. The moriscos, or those who converted from Islam, were similarly affected by this climate of suspicion.

“It’s where some scholars have identified our modern concept of race,” Johnson says. “Many say it originated in Spain precisely when you began to distinguish a person by their blood. There were blood purity statues that specifically required people who joined the military, a religious order, or university to have a long Christian lineage.

By 1834, when the Inquisition came to an end by official decree, many of its practices had fallen out of favor with Spanish and Catholic authorities. Johnson says that, just as the concept of moral behavior changes over time, so do the emotions people use to describe their experiences. Johnson’s work with Franke built on his research into this changing emotional landscape. Specifically, he and Franke traveled to Madrid to understand the use of shame as a tool of social control in Spanish history. 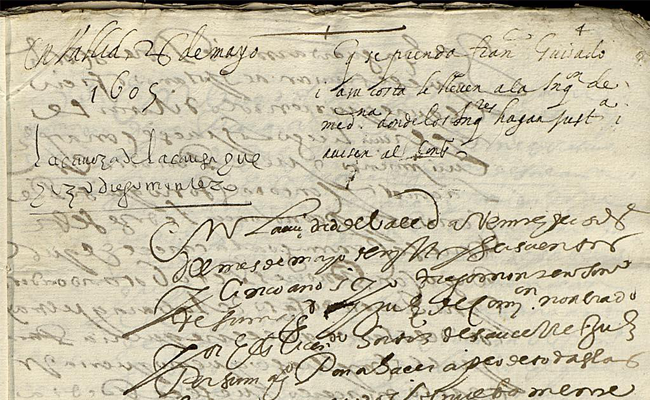 Handwritten by inquisitors and their scribes in various styles, the documents they studied are hard for even native Spanish speakers to read. But they’re difficult to read in another way: they provide thorough accounts of individual acts of torture.

Franke, a double major in Spanish and physics and a member of the DePauw women’s basketball team, spent many hours reading through these documents. “They’re very detailed,” Franke says. “Inquisitors recorded everything from the pleas of the people on trial to the cries heard in their torture chambers.”

“Torture was one of the clearer ways that emotion emerges in these documents because there is essentially a transcript of it happening,” Johnson says. “Fear is the most obvious emotion we encountered, but shame emerges in complex ways when someone who is accused or confessing talks about their own personal experience.”

Shame was also used as a method of public punishment. In one manuscript Franke uncovered, a man put on trial for blasphemy was sentenced to ride a donkey through the town while his transgressions were read aloud to onlookers. These punishments were relatively common and typically followed the ritualized spectacle of the auto-da-fé (“act of faith”), a combination religious ceremony and public sentencing of the guilty.

Johnson says shame was a particularly powerful emotion in a culture where personal honor was highly valued – but, experienced collectively, shame also bound groups together.

“Early modern Spain is really emphasized to be an honor society,” Johnson says. “Someone who had Jewish or Moorish heritage was largely excluded from this honor society, but they were readily able to feel shame. In that way, as an emotion, it could be experienced by any person in a way that honor could not.” 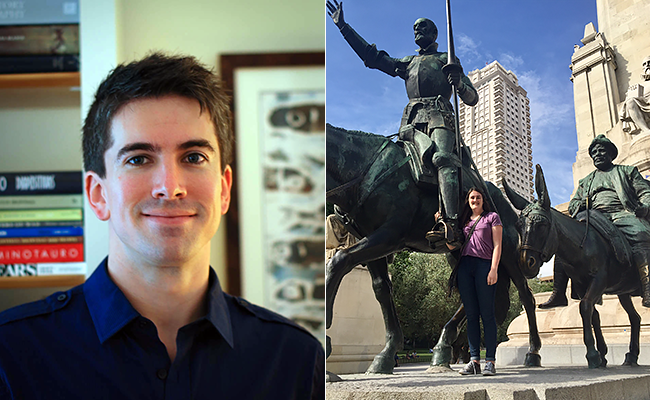 Franke and Johnson received funding for their research in Madrid from DePauw's Student-Faculty Summer Research Grant and J. William Asher and Dorothy A. Asher Fund in the Humanities. The trip was Franke’s second to Spain as a DePauw student, coming a year after traveling there with DePauw’s Servicio en las Américas program.