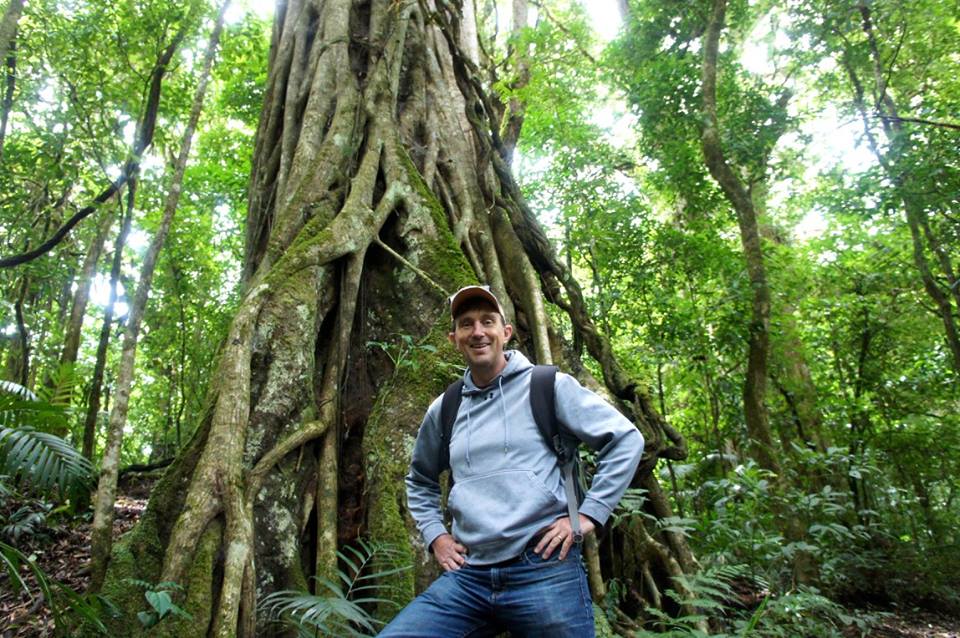 Today's New York Times features an essay by Joseph Heithaus, professor of English at DePauw University.  Heithaus and his family are spending his sabbatical in Monteverde, Costa Rica, which was ravaged by Hurricane Nate earlier this month.

"We rent a house on the mountain a few miles from the town of Santa Elena and just below the Monteverde Cloud Forest Biological Reserve," Professor Heithaus writes. "A cloud forest is, in essence, a rain forest at altitude. We live at just about 5,000 feet. From our kitchen window sometimes we can see through the trees to the faint horizon of the Pacific. From my makeshift desk I look across a jungle valley to another slope of forest. As it is the wet season, every day the clouds eventually surround us, and then the rain.

"A week ago last Wednesday a different kind of rain began to fall. We understood that Tropical Depression 16, later to be called Nate, was along the Caribbean coast. A warmer than usual rain was falling, but my wife and I went for a hike with some friends that morning, high above a house and road that would eventually wash away."

Heithaus continues, "Our friend who has been on these trails many times kept remarking that he was seeing water in places he’d never seen before. Late in the hike, a troop of capuchin monkeys appeared 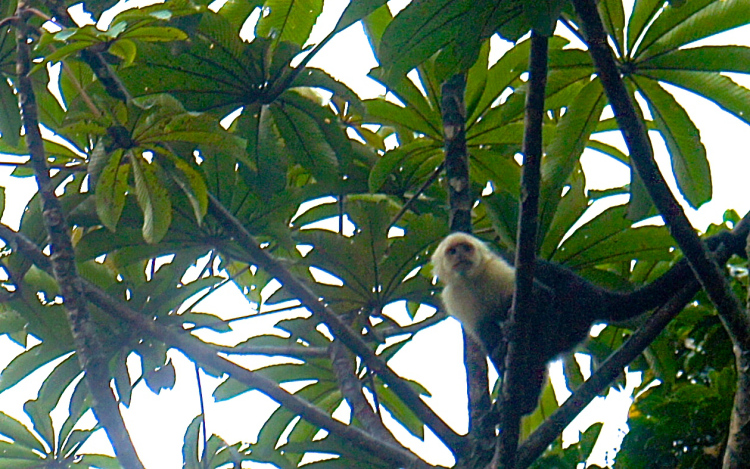 in the canopy overhead. The lead monkey yanked at a branch and threw it down to warn us away. That night the rain pulsed across our tin roof in waves. While it continued the next day, our girls and a friend splashed in puddles in the soaked yard, all of us unaware of how dangerous the situation was becoming. By Thursday evening we had lost power and on Friday morning, water. My wife said she thought she had heard the rumble of a landslide during the night. We got word that the community was gathering below and hiked down. On the road, power lines had fallen, their poles askew because the dirt that had held them was gone. We arrived to see and hear people working together. Local Costa Ricans were providing instructions and information, which was being simultaneously translated into English. Here, the language barrier is permeable. Just as at the Quaker meetings, if someone stands to speak in English or Spanish, another always translates." 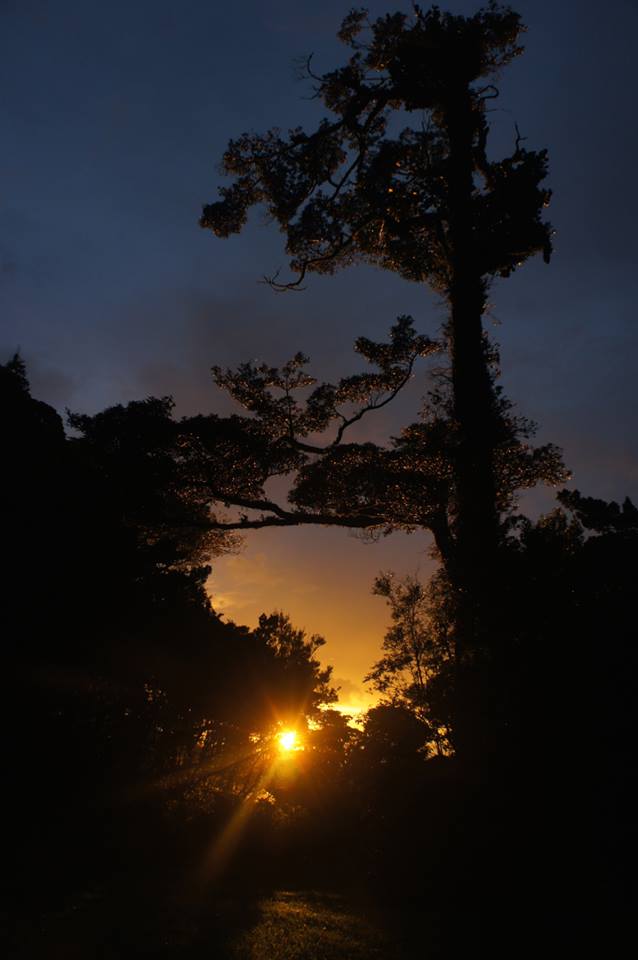 In the piece, headlined "In Costa Rica, Loss in the Clouds", the professor observes, "Even now, the spaces opened by landslides fill with activity. Like the leaf cutter ants we see everyday crossing our paths, the humans are carrying and constructing and living on. But it isn’t simple or easy. Global warming has shifted the natural cycles of life and death here. Once abundant species are being crowded out of the cloud forest by others moving up to survive. Other species are disappearing.

"And so in trying to escape loss, I’ve found more, but in the absences here I’m learning to quiet my own presence, in order to preserve what life remains."

Also available is a blog where the professor, in his words, is "practicing writing about the this part of the earth where the biodiversity is incredibly rich, but also increasingly threatened.  In essence, I’m taking my own classes by learning to read the earth by spending a lot of time everyday outside."

A noted poet, Joe Heithaus won the 2007 Discovery/The Nation Prize for a group of sonnets about poison plants that are the central

thread of his first book, Poison Sonnets, published in 2012.  He is one of five "Airpoets," whose poems have been integrated into stained-glass window murals in the Indianapolis International Airport and are featured in two books, Rivers, Rails and Runways and Airmail. His poems have appeared in Poetry, the North American Review, the African-American Review and the Southern Review. The professor is one of four DePauw writers featured in Not Like the Rest of Us: An Anthology of Contemporary Indiana Authors.

The professor reflected on the life of children's author Maurice Sendak in a May 9, 2012, Christian Science Monitor story.