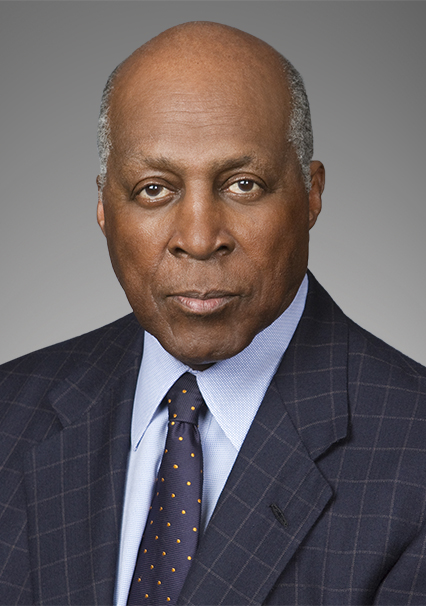 Vernon E. Jordan Jr. -- the civil rights legend, attorney and 1957 graduate of DePauw University -- who Newsweek calls "a veteran dealmaker and one of the nation's most prominent African-Americans" -- will return to his alma mater to deliver the commencement address to DePauw's Class of 2018.  The University's 179th Commencement will take place on Sunday, May 20, in Holton Memorial Quadrangle.

"Student government leaders polled our undergraduates to see who they would like to hear give the final speech they will hear as DePauw students and I was thrilled that they suggested Vernon Jordan," says DePauw President D. Mark McCoy. "His life story is a stunning example of the 'uncommon success' of our graduates, and his personal connection to this college is deep and profound. Vernon is a role model and dear friend to me. And, of course, everyone knows that he delivers speeches that are unforgettable."

An advisory member of DePauw's Board of Trustees, Jordan has been a regular visitor to campus since he earned his diploma 60 years ago.  He delivered a powerful Ubben Lecture at the October 2016 inauguration of President McCoy.

A legendary figure in the civil rights movement and the former president of the National Urban League, Vernon E. Jordan Jr. has advised U.S. presidents, and was on campus in November 2011 to introduce his good friend, America's 42nd president, Bill Clinton, who delivered an Ubben Lecture before 5,000 people in the Lilly Center. Jordan is a partner at Lazard Frères & Co. LLC in New York and

senior managing director of Lazard Group LLC. He is also of counsel/senior counsel at Akin Gump.

In December 2009, Jordan was one of eight individuals presented with the Du Bois Medal, the highest honor awarded by the Harvard University Institute of Politics' W.E.B. Du Bois Institute. He's also been honored with the Spingarn Medal, the NAACP's highest honor for achievement, the Trumpet Award, and DePauw's Old Gold Goblet and McNaughton Medal for Public Service. In June he received 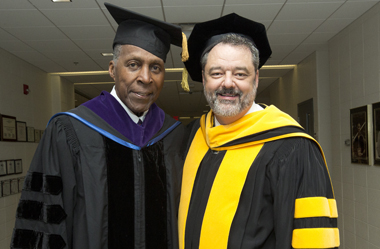 the Harvard Law School Center on the Legal Profession's Award for Global Leadership.

Founded in 1837 as Indiana Asbury, DePauw University is a private, selective, coeducational, residential, undergraduate College of Liberal Arts and School of Music with an enrollment of 2,226.