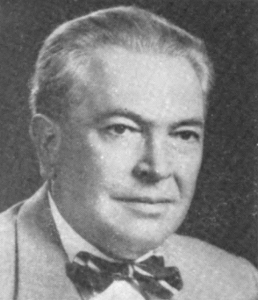 "Denton, the son of a Congressman, made seven trips to Paris in his second term in office as Congressional representative to parliamentary conferences of the North Atlantic Treaty Organization," notes the Associated Press. "His trips drew criticism, particularly as he neared the end of his career in 1966, as 'junkets' rather than 'study trips.'"

Congressman Denton played football at DePauw and was a veteran of both World Wars.