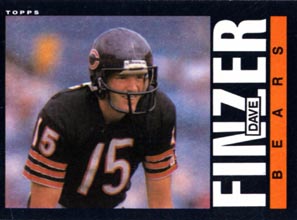 October 2, 1985, Greencastle, Ind. - "Former Bears' punter Dave Finzer turned down an offer to try out with the Washington Redskins and went instead to Seattle, where he expects to sign with the Seahawks," reports Don Pierson of the Chicago Tribune. Finzer is a member of DePauw University's Class of 1982 and was the punter and placekicker for the Tigers and head coach Nick Mourouzis.

"The Redskins wanted Finzer as a replacement for punter Jeff Hayes, who tore a thigh muscle on the kickoff Sunday that the Bears` Willie Gault returned for a 99-yard touchdown. 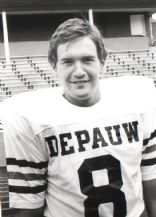