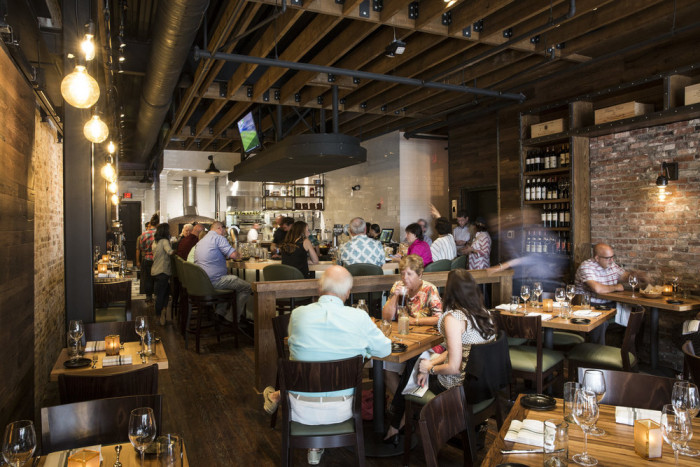 "Amidst all the closings here in Indy, there is a place in Greencastle … making the most inspired and polished food in Indiana," chef and restaurant consultant Greg Hardesty wrote on his Facebook page. "I’ve got the feeling James Beard is going to come calling. It’s that good."

The quote is what led to an Indianapolis Business Journal review of Bridges Craft Pizza & Wine Bar by Lou Harry. 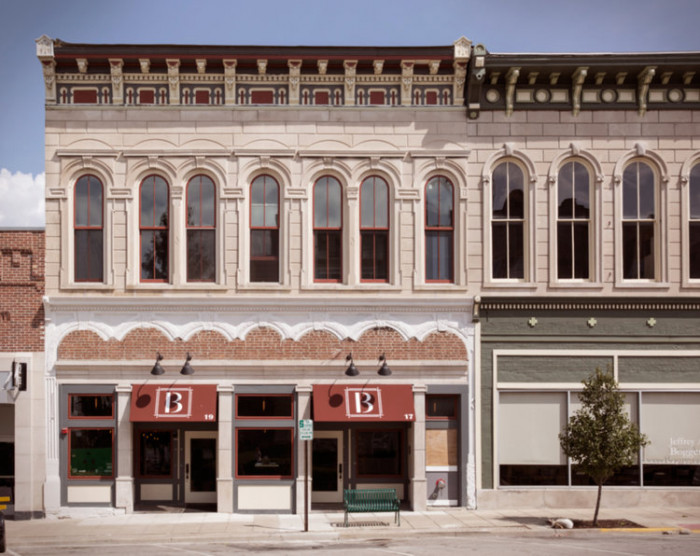 I had rounded up a dining posse and was headed west on Interstate 70 to the land of DePauw University," Harry writes. "A few hours later, we returned to Indy looking forward to the leftovers and anticipating another road trip soon. Yes, Greg, it’s really good."

The publication notes, "Bridges is the brainchild of Joyce and Judson Green, the philanthropists who established their namesake Center for the Performing Arts at DePauw and created the town’s community space Music on the Square, providing lessons and performances downtown. When the storefront next door became available, they snatched it up without an idea of what they were going to do with it." 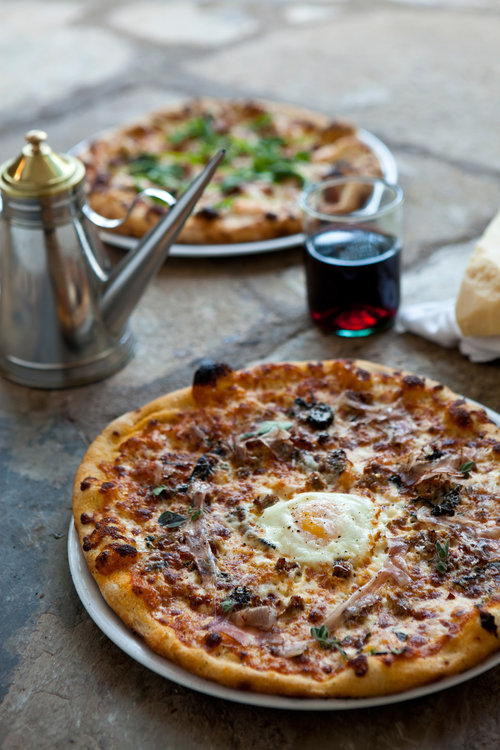 The piece praises the ambiance of Bridges and the creations of executive chef Sal Fernandez. "His menu is focused, accessible, and, in our experience, spot-on Italian fare," Harry asserts.

You'll find the complete text -- headlined "Pizza and wine bar in Greencastle is well worth the trek" -- at IBJ's website.

Judson Green is a 1974 graduate of DePauw; Joyce Taglauer Green graduated the following year.  The couple's $15 million gift in 2013 launched an initiative to transform the DePauw University School of Music -- Indiana’s oldest and one of the nation’s first -- to meet the needs of students who are entering a rapidly changing music industry by establishing the 21st Century Musician Initiative (21CM).  The first of its kind, 21CM is a complete re-imagining of the professional music school curriculum and student experience with the aim to create flexible, entrepreneurial professionals prepared for the challenges of today’s music world. 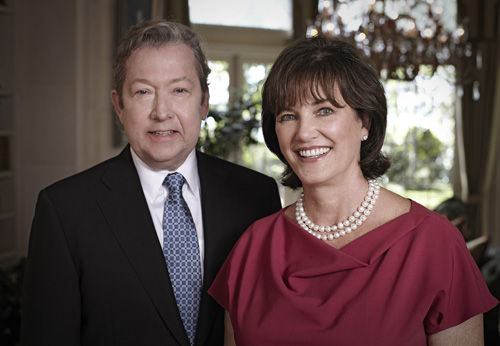 Joyce Taglauer Green ‘75, past chair of the Washington C. DePauw Society, received her B.A. in music performance at DePauw.  She currently serves on the Board of Trustees of the Chicago Symphony Orchestra.  She and her husband sponsor Yo-Yo Ma as the Symphony’s Judson and Joyce Green Creative Consultant.

Judson Green ’74, a past chair and current member of the University’s Board of Trustees, received his B.A. in economics with a minor in music composition and was a Rector Scholar at DePauw.  He enjoyed a remarkable and successful career, including top executive positions for the Walt Disney Company both nationally and internationally, eventually serving as the company’s chief financial officer and then president of the Theme Parks and Resorts Segment.  Judson then went on to become president and CEO of NAVTEQ Corporation.  Throughout his successful business career and to the current day, Judson remains an accomplished jazz pianist with several albums to his credit.