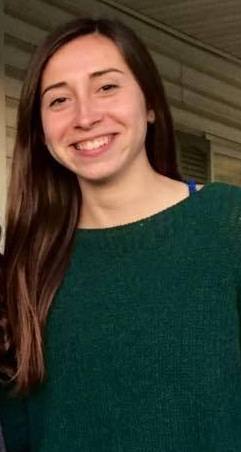 Gabrielle Coffing, a junior at DePauw University, is the recipient of a Goldwater Scholarship for the 2018-19 academic year. The award is presented by the Barry M. Goldwater Scholarship and Excellence in Education Program which bills the honor as "the most prestigious undergraduate scholarship in the natural sciences, mathematics and engineering in America."

A total of 211 scholarships were awarded for the coming academic year to undergraduate sophomores and juniors from the United States. Ten DePauw students have now won the awards in the past 11 years.

Two other DePauw students -- William Fryrear and Purva Patel -- were among an additional 281 nominees who were named as honorable mentions for the award.

The Barry M. Goldwater Scholarship and Excellence in Education Program was established by the United States Congress in 1986 in honor of former U.S. Sen. Barry

Goldwater to provide a continuing source of highly qualified scientists, mathematicians, and engineers by awarding scholarships to students who intend to pursue careers in these fields. This year's Goldwater Scholars were selected based on academic merit from a field of 1,280 students nominated by the campus representatives from over 2,000 colleges and universities nationwide. The one and two year scholarships will cover the cost of tuition, fees, books, and room and board up to a maximum of $7,500 per year.

Coffing is a cellular and molecular biology and computer science double major at DePauw, and a member of the women's track and field team. She intends to pursue a Ph.D in computational biology or bioinformatics with a goal of teaching and conducting research at the university level, showing students how computer science enriches biological research. 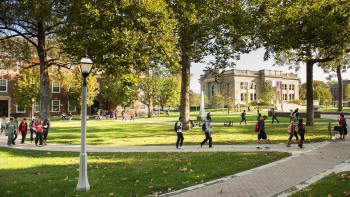 Her DePauw mentor is Pascal Lafontant, associate professor of biology.

Since its first award in 1989, the Goldwater Foundation has bestowed 8,132 scholarships worth approximately 65 million dollars.