'me too.' Movement Founder Tarana Burke to Visit DePauw 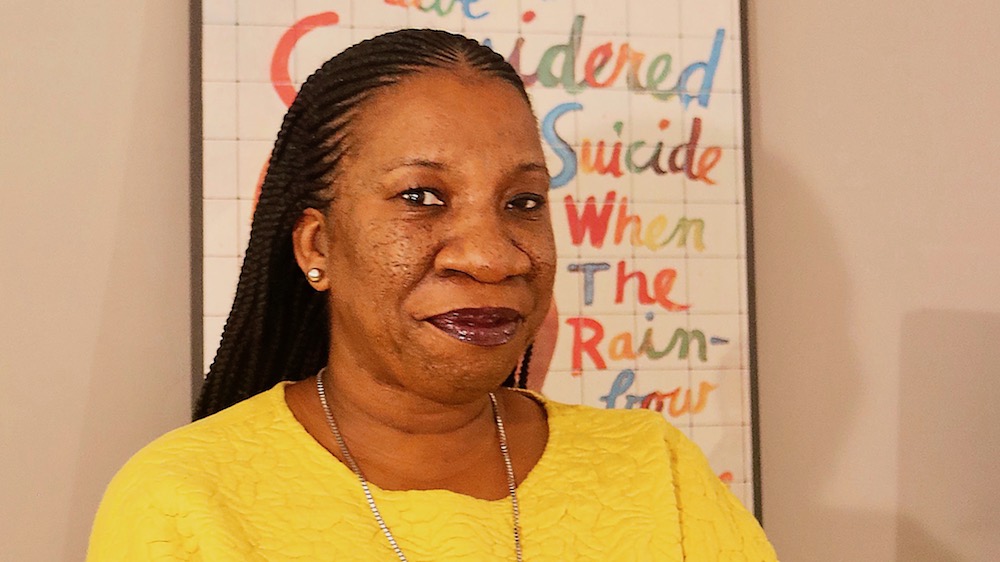 Tarana Burke, founder of the 'me too.' Movement, will speak on the DePauw University campus Sept. 6.

Burke, who started the movement to expose the breadth of sexual violence, is the 2018 Dorothy Garrett Martin Lecturer on Ethics and Values. The lecture series is hosted by the Janet Prindle Institute for Ethics, Delta Gamma and the Delta Gamma Foundation. The event is set for 7:30 p.m. Sept. 6 in Kresge Auditorium at the Green Center for the Performing Arts.

Burke has dedicated more than 25 years of her life to social justice, and she laid the groundwork for a movement created to help young women of color who survived sexual abuse and assault. The movement went viral, rallying women of all ages and races to speak up, and was named 2017 TIME Person of the Year. It now inspires solidarity, amplifies the voices of thousands of victims of sexual abuse and puts the focus on survivors.

A sexual assault survivor herself, Burke assists other survivors and those who work to end sexual violence. She is the senior director of programs at Brooklyn-based Girls for Gender Equity. On stage, she provides words of empowerment that lift up marginalized voices, enables survivors across all races, genders and classes to know that they are not alone and creates a place for comfort and healing for those who have experienced trauma. Burke’s talk is co-sponsored by DePauw’s Women’s Center and will be one of the events preceding DePauw’s annual Day of Dialogue.

Each year, the Prindle Institute, in partnership with Delta Gamma, invites a speaker to be the Dorothy Garrett Martin Lecturer. The series has a tradition of bringing powerful women to DePauw to speak about critical issues. Past speakers include Pashon Murray, CEO and founder of Detroit Dirt; Maysoon Zaid, a comedian and disability activist; and Tabitha St. Bernard-Jacobs, co-founder of Women’s March and a fashion entrepreneur.

More information about the lecture is available at PrindleInstitute.org.