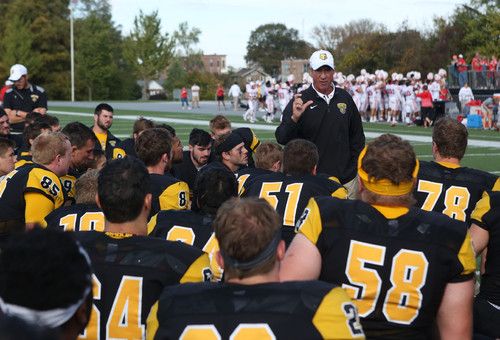 Five student athletes at DePauw University are among the members of the 2018 NFF Hampshire Honor Society, which is comprised of college football players from all divisions of play who each maintained a cumulative 3.2 GPA or better throughout their college careers. The National Football Foundation & College Hall of Fame (NFF) announced the members of the 2018 class today.

An all-time high 1,252 players from a record 304 schools qualified for membership in the society’s 12th year.

The Tigers and head coach Bill Lynch posted an 8-2 record in 2017 (7-2 in NCAC play) and a tied for second in the final conference standings. DePauw collected 11 all-NCAC honors in voting by the league's coaches.  Learn more in this story.