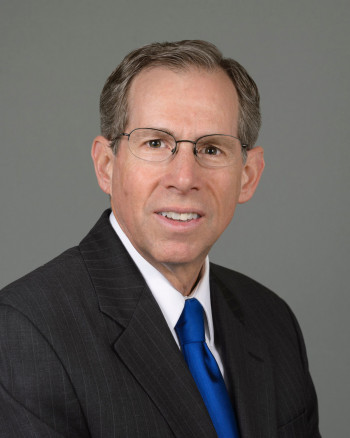 "The nation yearns for a news industry that realizes its First Amendment promise to serve as a public surrogate and fuel the information needs of a democracy," writes Jeffrey M. McCall, professor of communication, in a column for The Hill.

A former reporter himself, McCall states, "Doing journalism is difficult work. News organizations make countless decisions each day that affect the nation’s news agenda and subsequent civic discussions. Today’s technology-driven world means those decisions are made quickly. Every second provides a new deadline. Having acknowledged the challenge, however, doing solid journalism shouldn’t be impossible. That is what it seems like these days, as the news industry continues to stumble with self-inflicted mistakes and colossal errors in judgment."

The professor notes, "News media blunders over the past several weeks dishearten even the most ardent defenders of journalism.

The damage done at the White House Correspondents’ Association (WHCA) dinner will take years to undo. The vulgar display by a so-called comedian was only part of what ails this overblown tribute to journalists’ self-importance. That our nation’s top journalists and news executives want to hob-nob with the powerful politicians, corporate fat cats and entertainers who should be the subjects of news coverage is the real mistake. This event demonstrates that the news industry is firmly entrenched in the elite establishment, living in an alternative universe disconnected from real people."

Dr. McCall continues, "The WHCA defends the event as a scholarship fundraiser and tribute to the First Amendment. Then have a First Amendment scholar address the crowd, not a crass comedian. It is hard to build

credibility for the news industry when its leaders promote a keynote speaker to tell off-color jokes. Here’s betting the American Medical Association won’t have a crude podium performance at its upcoming national meeting."

The author of Viewer Discretion Advised: Taking Control of Mass Media Influences, McCall points out that polls have shown public trust in media declining over a number of years and points to coverage of the royal wedding as evidence news outlets are more interested in ratings and demographics than substantive reporting.

"The marriage of a British prince to an American actress is a charming feature story, the key word here being 'feature.' Yet, the broadcast “news” organizations blanketed the wedding with coverage that tied up anchors and producers for days, and cost huge money. NBC had five anchors involved in its broadcasts. CNN sent its highest profile personalities, Don Lemon, Anderson Cooper and Alisyn Camerota. There just has to be a better journalistic use for such air time and resources.

McCall asserts, "It will take courageous leadership to turn the news industry around. It will take corporate leaders who have read the history of why a First Amendment was created in the first place. It will take leaders who have read the ethics codes of the Society of Professional Journalists and the Radio Television Digital News Association. Without confidence in the news media, citizens turn to social media or the guy at the bar for their information needs. Worse yet, many citizens today just tune out the news altogether. An uninformed citizenry, with 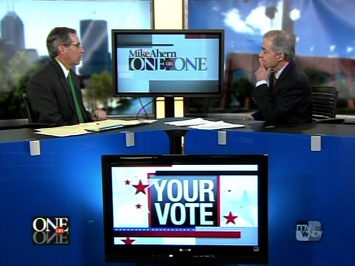 no suitable surrogates in the news media, is left disabled in addressing the serious issues the nation faces."

A 1976 graduate of DePauw, Jeff McCall was a Rector Scholar and speech (communication) major and worked on student radio station WGRE, which he now serves as faculty adviser. McCall earned a master's degree from the University of Illinois and a Ph.D. from the University of Missouri. He joined the DePauw faculty in 1985.

Regularly quoted in reports on media matters, Dr. McCall recently talked with the Wall Street Journal about high schools adding esports programs and was quoted in a widely distributed Associated Press column on cheerleaders in professional sports. The professor spoke with Southern California's KPCC-FM about the fallout from scripted promotional messages broadcast by Sinclair stations. A clip is embedded below.