2018 Commencement DVD is in From Factory, Now Shipping 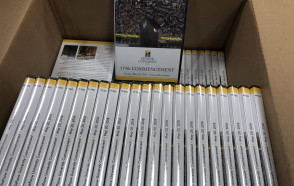 The limited edition DVD that contains DePauw University's 179th Annual Commencement -- which took place May 20 -- and an array of extras has arrived from Oasis Disc Manufacturing and will begin shipping immediately.

Those who pre-ordered the disc should see it in their mailboxes soon.  There's still time to order the keepsake, which was produced in a limited run.  It's $19.95 for the first disc; additional DVDs sent to the same address will be $7 each (shipping to domestic addresses is included; 7% sales tax will be added to Indiana orders). 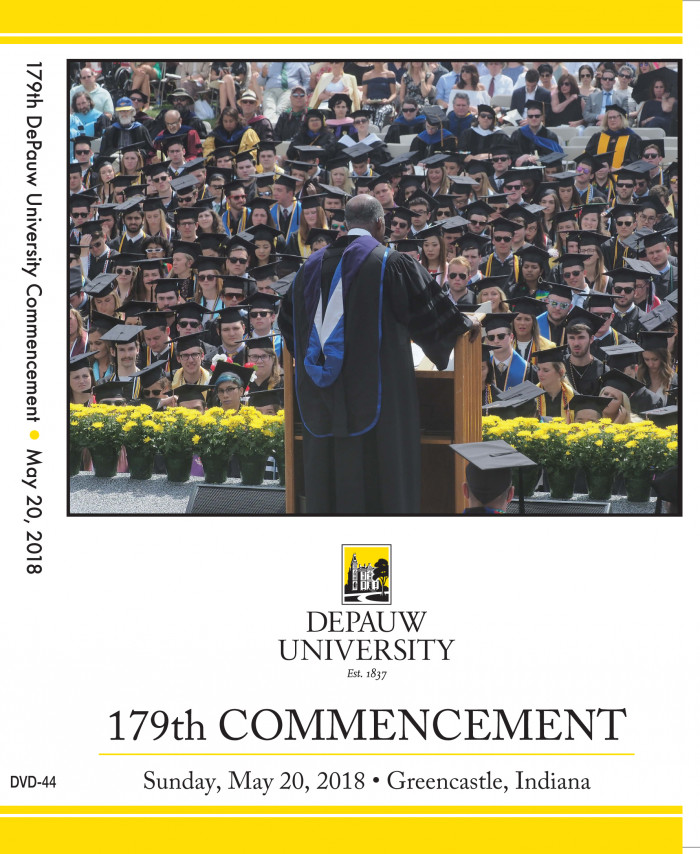 The disc contains more than five hours of content, including  footage of each graduate receiving their DePauw diploma as well as the dynamic primary address by civil rights legend Vernon E. Jordan Jr. '57; the speech by Peter T. Gorman '18, recipient of the Walker Cup; and the presentation of honorary degrees to community leaders Jinsie Scott Bingham '56 and Dorothy Chapman Brown and Holocaust survivor and forgiveness advocate Eva Mozes Kor. (at left: front cover of 2018 commencement DVD)

Four cameras were in Holton Memorial Quadrangle to capture the day's events, and the disc contains crisp digital sound of the proceedings.

Those looking for a particular part of the program can immediately access what they seek via the DVD's menu. For example, to see a 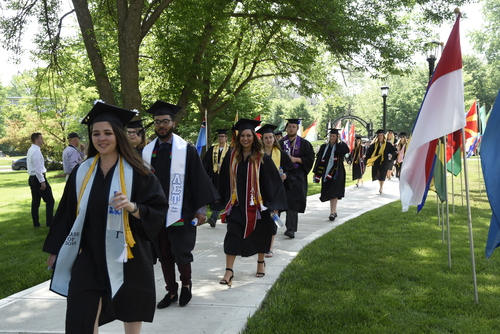 The DVD's bonus selections includes some of the campus highlights over the past four years at DePauw. The first seen is the opening convocation at which the Class of 2018 was welcomed to DePauw. 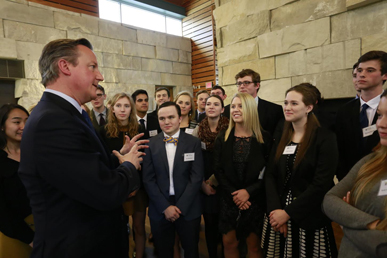 both the groundbreaking for and opening of Hoover Dining Hall; the inauguration of President Mark McCoy; a visit to campus favorite Marvin's; and many other features.

"Monon Memories" of the thrilling 2016 & 2017 battle for the Monon Bell are also there to be revisited, there's a 1993 piece on the history of DePauw's campus (featuring faculty members Preston Adams, Russell Compton and Robert Eccles), and there are other clips from the DePauw Archives.  The disc also includes a photo gallery of the baccalaureate program, DePauw Under the Stars, and commencement day activities.

The DVDs are professionally replicated, not duplicated, and are housed in a decorative jacket. 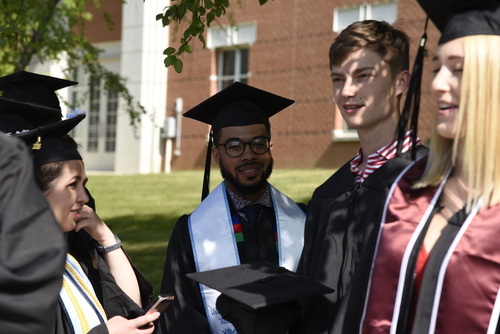 "As yearbooks have gone the way of the Conestoga wagon, the goal is to create something that graduates and their families can refer back to that captures the time these students were at DePauw," said Ken Owen '82, special adviser to the president, who oversees the project and mastered the disc.  "Graduates have told me that to have all these clips and photos in one place is both convenient and special."

For more information on the 179th commencement, click here.