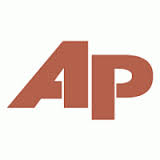 AP's Catherine Lucey and Zeke Miller write, "The theatrics surrounding Trump's court selection should come as no surprise. His presidency is rife with made-for-TV moments. With Trump, a Cabinet meeting becomes a freewheeling speech to the nation, and a walk to Marine One turns into an impromptu news conference. He recently strode out the door of the White House to participate in a Fox News live broadcast from the driveway. And his Singapore summit with North Korean leader Kim Jong Un was staged as a massive media event."

"Everything Trump does gets more sensational than with past presidents," Dr. McCall notes. "I'm sure he's hoping for a huge prime-time audience, and he'll probably get it."

Jeff McCall is a 1976 graduate of DePauw, where he was a Rector Scholar and speech (communication) major and worked on student radio station WGRE, which he now serves as faculty adviser. McCall earned a master's degree from the University of Illinois and a Ph.D. from the University of Missouri. He joined the DePauw faculty in 1985 and authored Viewer Discretion Advised: Taking Control of Mass Media Influences.

Regularly quoted in reports on media matters, Dr. McCall authored a column for The Hill last week on the media's coverage of President Trump and was quoted in a June 28 Fox News story.