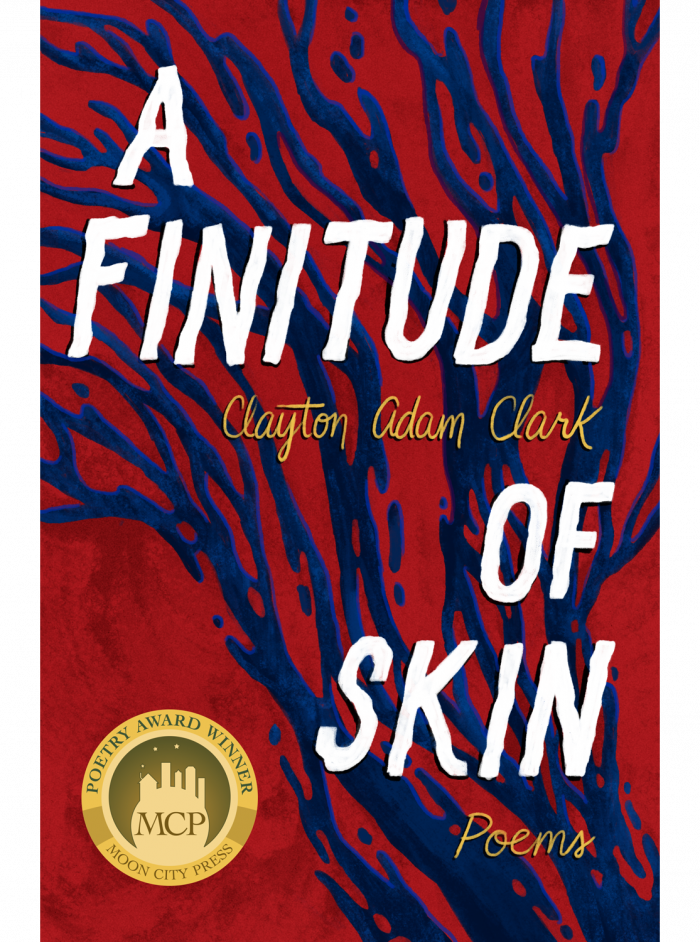 A Finitude of Skin, a collection of poems by 2006 DePauw University graduate Clayton Adam Clark, has been published by Moon City Press.

The winner of the 2017 Moon City Poetry Award, Clark's work "opens with Missouri, its fissures and declivities and hidden chambers," notes a synopsis. "The poems in A Finitude of Skin depict the acting and interacting of so many bodies, from bacteria to armadillos, from seed ticks to an oak tree so big you can’t wrap your arms around it. It’s in this environment that a narrative takes shape: a couple coming together and then, like everything else, breaking apart. By braiding the language and imagery of these bodies, Clark’s verse reflects the complicated ecosystem two people can form, honing in on the strange places they make contact, and don’t. Once we become entrenched in these Cave State landscapes and the goings-on of all these bodies, we can see and feel the many ways, 'life there is vulnerable to disruption.'"

"This book pulled me through its pages with the strength of a major river current," said Lo Kwa Mei-en, author of The Bees Make Money in the Lion. "With its incredible intimacy of attention and rigor of the senses, A Finitude of Skin clarifies and softens the under-sung boundaries between subjects and landscapes ... Clark’s poetry is capable of illuminating a world in which the experience of being human is a process in which blood will one day return from ‘the farthest vessels from your heart.’ Let it." 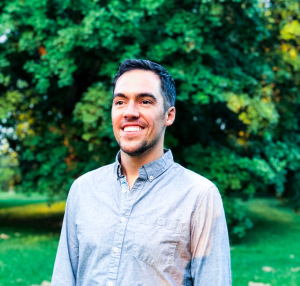 Adds Andrew Hudgins, author of A Clown at Midnight, "Clayton Adam Clark’s A Finitude of Skin is a deftly complex recounting of the dissolution of a marriage and also a meditation on the physiology the lovers contain and the geology that contains them, all of them subject to breaking down. Missouri and the Mississippi River are part and parcel of the islands, rivers and rivulets of the human body, and vice versa. Clark’s capacious vision and his strenuous poetry will enthrall and enlarge his readers."

Learn more and order the book at Amazon.com.

Clark earned an M.F.A. in creative writing at Ohio State University and he is studying clinical mental health counseling at University of Missouri-St. Louis. His poems have recently appeared in The Massachusetts Review, Cimarron Review, and elsewhere.