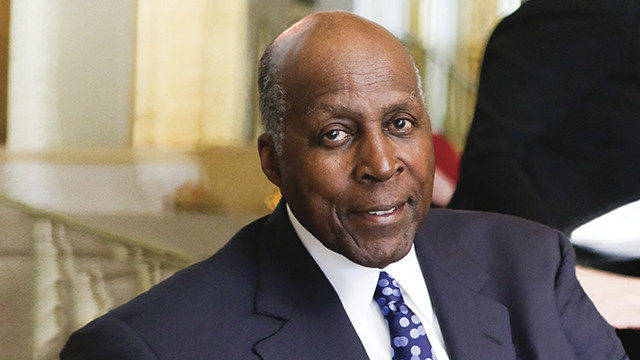 "This will be the 19th year of the lecture series, which is named for William G. Anderson, the first African-American to be elected national president of the American Osteopathic Association," writes Vickki Dozier. "A founder and first president of the Albany Movement in 1961, which spearheaded the Civil Rights Movement in Southwest Georgia, Dr. Anderson worked closely with civil rights leaders and was friends with Dr. Martin Luther King Jr. and Ralph  Abernathy, Sr." 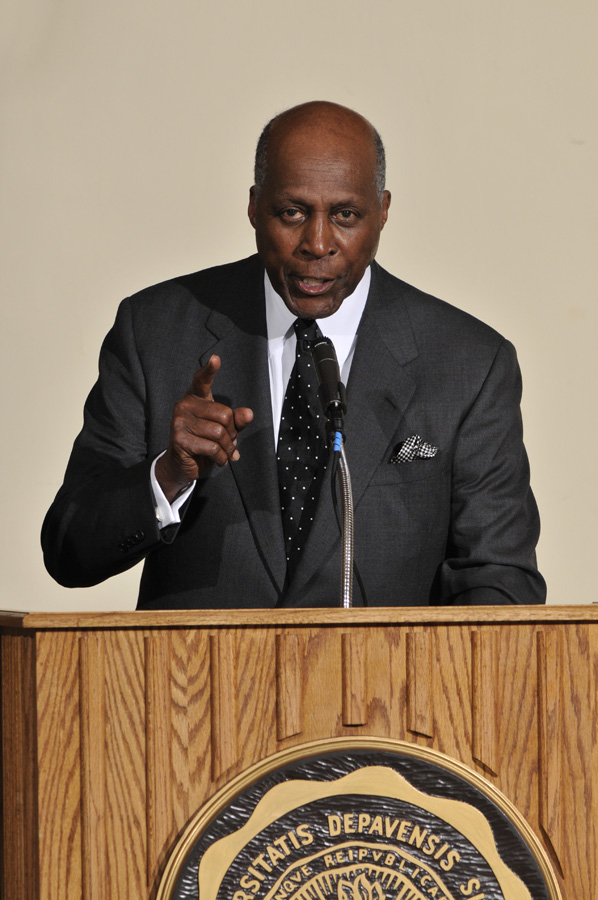 An advisory member of DePauw's Board of Trustees,Vernon Jordan holds honorary doctoral degrees from more than 60 colleges and universities in America, including DePauw. He is the author of Vernon Can Read! A Memoir and Make It Plain: Standing Up and Speaking Out.

Jordan is the first person in DePauw's 181-year history to be called upon three times as commencement speaker who was not a bishop of the Methodist Church. In his most recent commencement address in May, Jordan delivered a powerful message to DePauw's Class of 2018, which is embedded below.