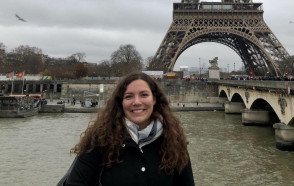 For an eighth consecutive year, DePauw University is listed among the nation's leading colleges in producing student winners of Fulbright scholarships. Based on data from the 2018-19 academic year, DePauw, with seven Fulbright recipients, is Indiana's top liberal arts college in the listing of "Institutions Producing the Most Fulbright Students: Bachelor's Institutions" and is tied for #9 in the nation. The report is published in the Chronicle of Higher Education. (top right: DePauw Fulbright recipient Maya Cotton '18)

The report notes that 23 DePauw students applied for the prestigious awards.  It's the twelfth time in the last 13 years that DePauw has been listed among the American colleges and universities that produce the most Fulbright Scholars.

The Fulbright Program is the U.S. government’s flagship international educational exchange program. Since its inception in 1946, the Fulbright Program has provided more than 390,000 participants -- chosen for their academic merit and leadership potential -- with the opportunity to exchange ideas and contribute to finding solutions to shared international concerns. Over 1,900 U.S. students, artists and young professionals in more than 100 different fields of study are offered Fulbright Program grants to study, teach English, and conduct research abroad each year. The Fulbright U.S. Student Program operates in over 140 countries throughout the world.

“We thank the colleges and universities across the United States that we are recognizing as Fulbright top producing institutions for their role in increasing mutual understanding between the people of the United States and the people of other countries,” said Marie Royce, Assistant Secretary of State for Educational and Cultural Affairs. “We are proud of all the Fulbright students and scholars from these institutions who represent America abroad, increasing and sharing their skills and knowledge on a global stage.” 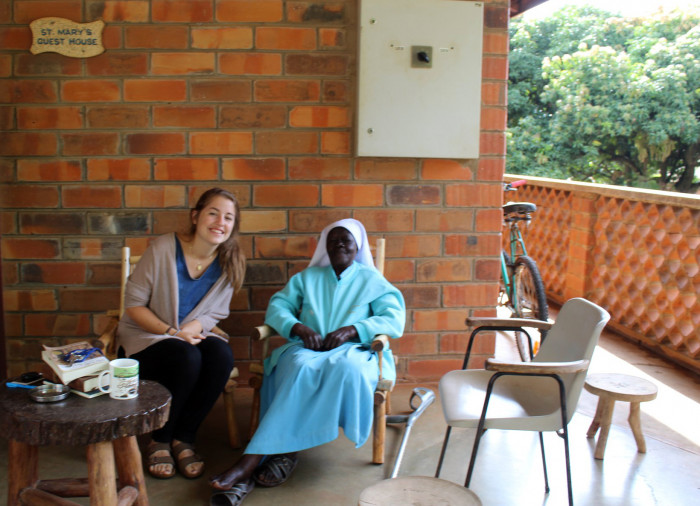 The Fulbright U.S. Student Program is a program of the U.S. Department of State, funded by an annual appropriation from the U.S. Congress to the Bureau of Educational and Cultural Affairs, and supported in its implementation by the Institute of International Education. (at right: Mary Ann Etling '18 during her Fulbright experience in Uganda)

For more information about the Fulbright Program, visit eca.state.gov/fulbright.

You're invited to visit the University's Fulbright page where you'll find a listing of recent winners. 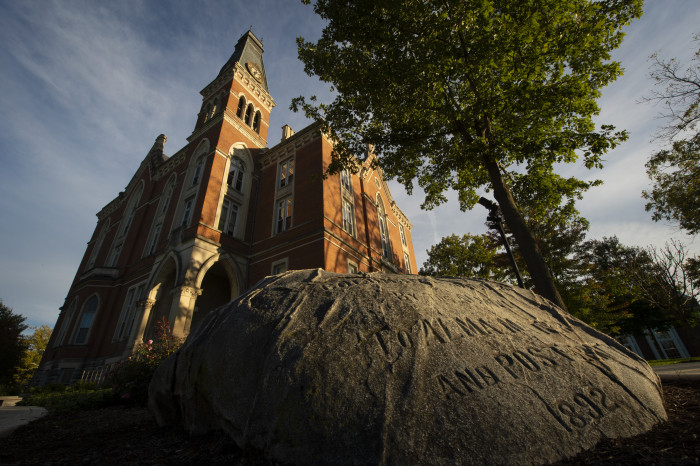 DePauw University ranks seventh among the nation's four-year baccalaureate colleges for the number of students who receive academic credit for studying abroad (494), according to the 2018 Open Doors® Report on International Educational Exchange. Released in November and based on data from the 2016-17 academic year, the report places DePauw places #11 among liberal arts colleges for the percentage of students studying abroad (96.5%) and and fourth for students who engage in short-term study abroad experiences (392).

DePauw has consistently been among the Open Doors' leading colleges for more than a decade.  Read more here.