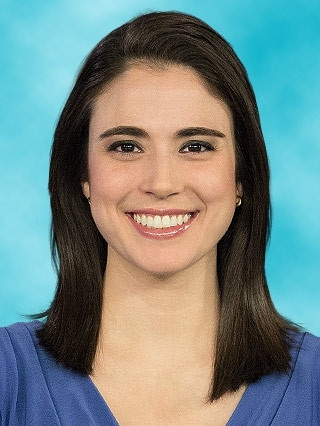 Caroline Torie, a 2013 graduate of DePauw University, has been promoted to weekend evening news co-anchor at South Bend, Indiana CBS affiliate WSBT-TV. She joined the station in 2016 as a multimedia journalist.

Her first night in the anchor chair is tonight. She will report for the station's morning news during the week.

A double major in political science and communication, Torie's "communication thesis researched media bias on cable news networks," notes her station. "At DePauw, she served as station manager for the campus radio station, WGRE. She also led the school's varsity field hockey team as a co-captain to the NCAA Final Four."

Torie previously worked for Styrk, a New Jersey-based digital media startup, as a writer and anchor.