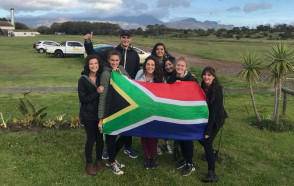 DePauw University is number three among America's small colleges (defined as fewer than 5,000 students) for sending the most students overseas through the Benjamin A. Gilman International Scholarship Program in the 2017-18 academic year. An announcement praises DePauw, which produced 13 Gilman Scholars, and other top institutions which "made international study and internships more accessible and inclusive for the highest number of American students of all backgrounds." 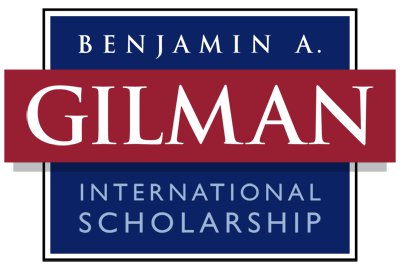 "With the Gilman top producers list, ECA recognizes U.S. higher education institutions, based on size and type, which have generated the most Gilman scholars," notes the announcement. "ECA also highlights institutions that are at the forefront of expanding study abroad through the Gilman program by sending the most first-generation college students, racial or ethnic minority students, students with disabilities, or students studying in STEM fields. Institutions sending the most Gilman Scholars to the largest number of different overseas destinations also receive recognition for their role in broadening the geographical diversity in study abroad."

In another recent report, for an eighth consecutive year DePauw was listed among the nation's leading colleges in producing student winners of Fulbright scholarships.

DePauw University ranks seventh among the nation's four-year baccalaureate colleges for the number of students who receive academic credit for studying abroad (494), according to the 2018 Open Doors® Report on International Educational Exchange. Released in November and based on data from the 2016-17 academic year, the report places DePauw places #11 among liberal arts colleges for the percentage of students studying abroad (96.5%) and and fourth for students who engage in short-term study abroad experiences (392).

DePauw has consistently been among the Open Doors' leading colleges for more than a decade.  Read more here.