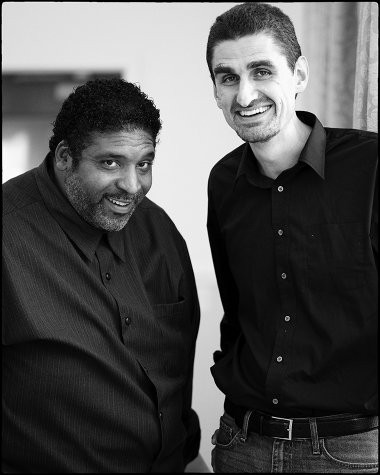 William J. Barber II, described by Cornel West as "the closest person we have to Martin Luther King Jr. in our midst," will be joined by his co-author (of The Third Reconstruction: How a Moral Movement Is Overcoming the Politics of Fear and Division), Jonathan Wilson-Hartgrove, at DePauw University on Tuesday, April 9. The two will discuss "The Heart and Soul of Democracy" in a Mendenhall Lecture. It begins at 7:30 p.m. in Gobin Memorial United Methodist Church and is free and open to all.

The Reverend Dr. Barber led rallies across North Carolina six summers ago to protest voter suppression and a reorganization of state government in a campaign that came to be known as "Moral Mondays." In his book with Wilson-Hartgrove, Barber examines how allies as diverse as progressive Christians, union members, and immigration-rights activists came together to build a coalition and offers a hopeful message for a nation grappling with persistent racial and economic injustice.

According to Barber and Wilson-Hartgrove, America is facing a moral crisis, but it is not a new phenomenon. The divisions which have been exposed by culture wars and political battles over healthcare and immigration are deeply rooted. Their examination 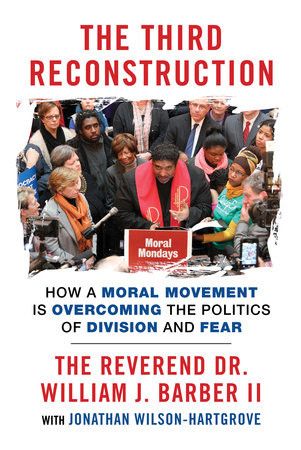 of the long history of moral resistance and Reconstruction in America suggests that a way forward has already been laid out: moral fusion organizing for a Third Reconstruction.

Following the lecture, Barber and Wilson-Hartgrove will be available to sign copies of their books.

Barber, a 2018 MacArthur Fellow, is pastor of Greenleaf Christian Church in Goldsboro, North Carolina, and served as president of the North Carolina conference of the NAACP (2005–2017), and serves on the NAACP's national board. In 2014 he founded Repairers of the Breach, a leadership development organization, to expand and build a national movement rooted in moral analysis, moral articulation, and moral action. In 2017 he and colleagues launched a revival of the 1968 Poor People’s Campaign. Barber also co-authored Forward Together: A Moral Message for the Nation and Revive Us Again: Vision and Action in Moral Organizing and has contributed pieces to the New York Times and the Washington Post.

Wilson-Hartgrove is a writer, speaker, and moral activist. He and his wife, Leah, founded the Rutba House, a house of hospitality in Durham, North Carolina, where Jonathan directs the School for Conversion, 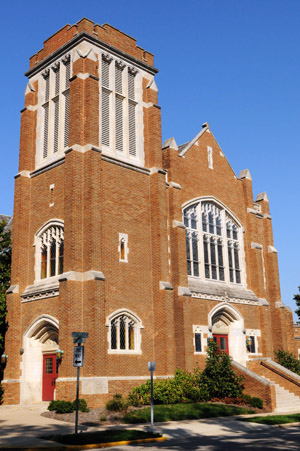 a nonprofit that works to make surprising friendships possible. He is an associate minister at the St. John's Missionary Baptist Church and is the author of more than a dozen books, including Reconstructing the Gospel: Finding Freedom From Slaveholder Religion.

DePauw's Mendenhall Lectures, which were inaugurated in 1913, were endowed by the Reverend Doctor Marmaduke H. Mendenhall. His desire was to enable the University to bring to campus "persons of high and wide repute, of broad and varied scholarship" to address issues related to the academic dialogue concerning Christianity. Although Mendenhall was a pastor in the North Indiana Annual Conference of what was then called the Methodist Episcopal Church, one of the parents of the United Methodist Church, he explicity dictated that lectures be selected without regard to denominational divisions. The endowment has allowed DePauw to bring theological and religious scholars of international repute to campus for a century.