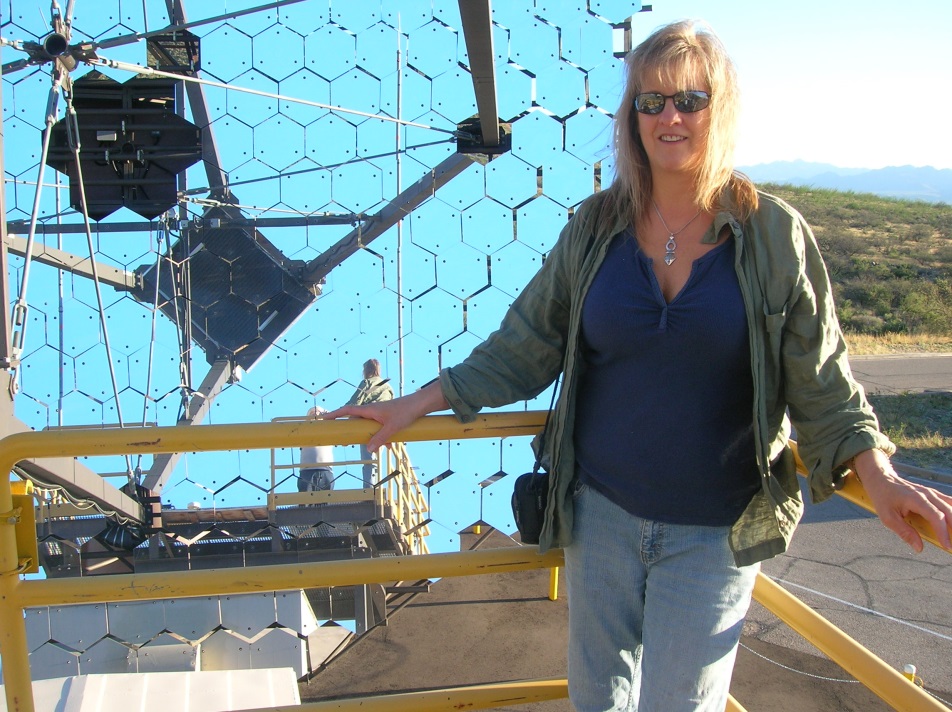 Mary P. Kertzman, professor of physics and astronomy and chair of the department at DePauw University, is among the contributors to an an article, "Direct measurement of stellar angular diameters by the VERITAS Cherenkov telescopes," which has been published by Nature Astronomy.

A summary of the research notes, "Using the unique capabilities of telescopes specialised on cosmic gamma rays, scientists have measured the smallest apparent size of a star on the night sky to date. The measurements with the Very Energetic Radiation Imaging Telescope Array System (VERITAS) reveal the diameters of a giant star 2674 light-years away and of a sun-like star at a distance of 700 light-years. The study establishes a new method for astronomers to determine the size of stars, as the international team led by Tarek Hassan from DESY and Michael Daniel from the Smithsonian Astrophysical Observatory (SAO)... Almost any star in the sky is too far away to be resolved by even the best optical telescopes. To overcome this limitation, the scientists used an optical phenomenon called diffraction to measure the star’s diameter."