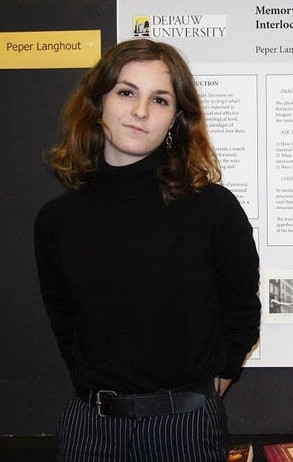 DePauw University senior Peper Langhout will spend the upcoming academic year teaching in India as a result of being awarded an English Teaching Assistantship (ETA) from the Fulbright U.S. Student Program.

Langhout becomes the third member of the DePauw community to be announced as recipients of Fulbright awards for the 2019-20 academic year.  Another current senior, Liam Byrnes, will travel to Thailand with an English Teaching Assistantship (ETA). Conner Gordon, a 2016 graduate of DePauw, has been awarded a Fulbright U.S. Student scholarship and will spend the upcoming academic year conducting research in Serbia.

An Honor Scholar majoring in interdisciplinary world literature with minors in Russian and Ancient Greek languages, Langhout's subjects of focus include classical

reception of Greek tragedy, interdisciplinary trauma theory, and American literature of the south. Her major thesis inspected the formal modes of elegy and politics of classical translation in Anne Carson’s multimedia piece Nox and her Greek capstone involved translating the whole of Euripides’s Trojan Women.

Langhout spent the 2017-18 academic year studying at Mansfield College of Oxford University, where she had the opportunity to work with leading scholars of Toni Morrison and William Faulkner and completed an Honor Scholar thesis on literary representations of interpersonal and intergenerational trauma in American novels. Her work at Oxford also included tutorials on modernism, post-colonial literature, phenomenology, and sociolinguistics. 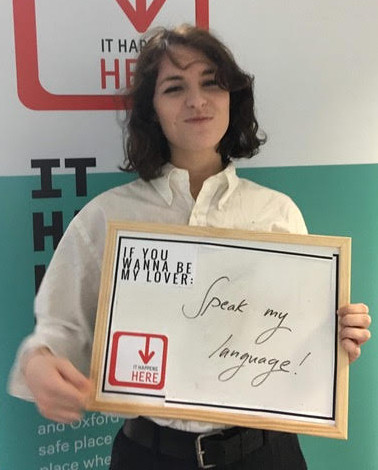 for the Writing Center at the university. Langhout has also worked with a volunteer faculty at the Indiana Women’s Prison in Indianapolis since her sophomore year. Her first foundational literacy class led to tutoring students seeking their GED; her relationship with her students has grown into a substantial academic partnership with college graduates currently incarcerated at the maximum-security facility. In 2018, the Indiana Women’s Prison History Project enlisted Langhout as an investigative researcher, editor, and co-writer; her collaborative historical work on the roots of the carceral system in the Progressive Era is scheduled to be published next year.

Langhout has also dedicated her time and talents to victim advocacy and non-profit work for survivors of domestic violence and sexual assault, working as a direct service provider for a small non-profit serving domestic violence survivors on the south side of Indianapolis and ran a fundraising campaign for the Indiana Coalition to End Sexual

After spending the 2019-20 academic year teaching English language and literature in Visakhapatnam, India, Langhout intends to return to the United States to pursue a doctorate in comparative literature.

She says, "I am so honored to receive such an opportune fellowship to expand my teaching experience as well as my understanding of Global English and world literature. I am so indebted to my incredible team of faculty who, over the course of my time at DePauw, have shown me how the study of language can be empowering and socially restorative." 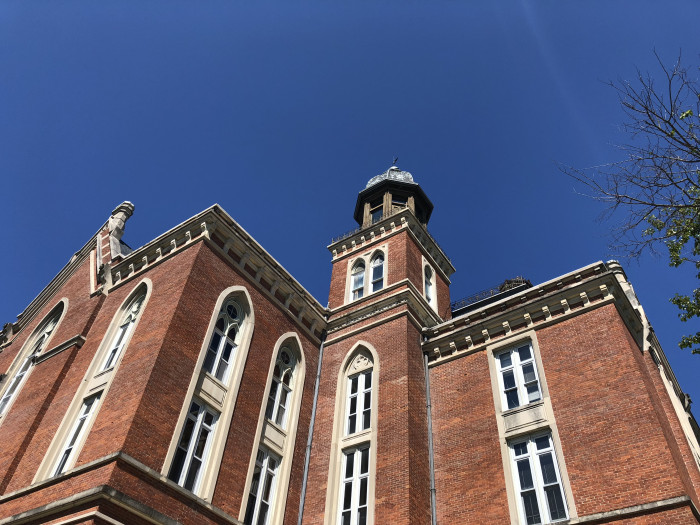 DePauw University has been listed for eight consecutive years as one of the nation's leading colleges in producing winners of Fulbright scholarships by the Chronicle of Higher Education. Based on data from the 2018-19 academic

year, DePauw, with seven Fulbright recipients, is Indiana's top liberal arts college in the listing of "Institutions Producing the Most Fulbright Students: Bachelor's Institutions" and is tied for #9 in the nation. It's the twelfth time in the last 13 years that DePauw has been listed among the American colleges and universities that produce the most Fulbright Scholars.