Dave Taylor '81 Slated for Induction Into Wrestling Hall of Fame 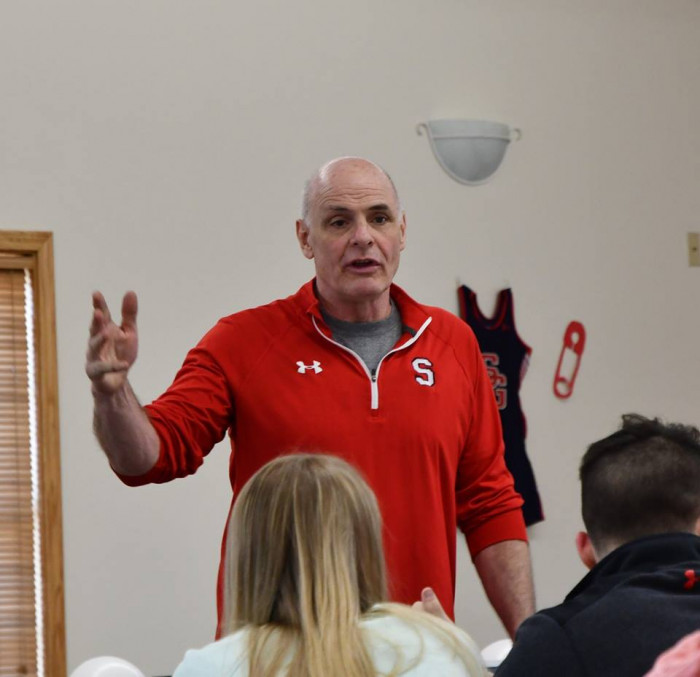 Dave Taylor, head wrestling coach at Southern Garrett High School in Oakland, Maryland, and 1981 graduate of DePauw University, will be inducted in the Maryland Chapter of the National Wrestling Hall of Fame. Taylor is among five inductees selected to join the Hall's 2019 class. The ceremony will take place October 6 in Annapolis.

"Taylor is one of the most successful wrestling coaches in the history of Maryland," reports the Cumberland Times-News. "In his 18 years serving as head coach at Southern, the Rams have amassed 381 dual meet victories, while crowning 21 individual state champions and winning five state team titles. Taylor’s teams also have won eight regional championships."

The text continues, "What makes his coaching achievements even more impressive is that Southern is one of the smallest high schools in the state, meaning Taylor’s teams are often defeating programs supported by much-larger student bodies."

The newspaper points out that Taylor was "a two-time NCAA Division III national qualifier at DePauw University in Greencastle, Indiana, (and) began coaching the Southern Mat Club in 1992 and took over the high school program in 2001."

In a letter supporting Taylor's induction, Barbara L. Baker, superintendent of Garrett County Public Schools, wrote, "We are a very small school district in Western Maryland with a total of just over 3,800 students district-wide. As you can imagine, Southern Garrett High School is also quite small. Yet today through tremendous effort, Mr. Taylor’s teams are not only full, but they also rival many other schools with much higher enrollments. This is a testament to Dave’s dedication to the sport, the school, and the community in which he lives."

Added Paul C. Edwards, chairman of the Garrett County Commissioners, "Dave is humble enough that he will never acknowledge his role in the success of Southern Garrett, but give all credit to his wrestlers and assistant coaches. Many coaches can win matches, but few can impact young people the way Coach Taylor does."