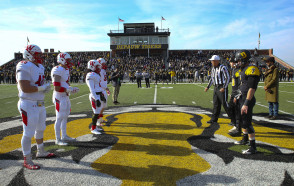 FOX Sports Indiana and FOX Sports Midwest will again televise the Monon Bell Classic between DePauw University and Wabash College when the football teams meet for the 126th time on November 16.

2019 marks the third consecutive year viewers around the nation will be able to see the action on FSI. The game will also be televised nationally on FOX College Sports Atlantic, and streamed on FOX Sports GO.

The latest installment in the classic football series, which began in 1890, will be played at DePauw's Blackstock Stadium with kickoff slated for 1:07 p.m. (EST).

“Fall is always an exciting time on a college campus, and DePauw and Wabash are very pleased to extend our partnership with FOX Sports Indiana,” said Ken Owen '82, special advisor to the president at DePauw. “Not only do we reach alumni, parents, and friends of the two schools with coverage that has resulted in an Emmy nomination, but we make many others in living rooms and sports bars across America aware of what a special thing

the Monon Bell rivalry is.”

The game was first televised in 1977 by ABC on a regional basis; national telecasts began in 1984, and the game has been seen on ESPN2 and AXS TV, among other outlets. Owen has led the effort for the last 18 Monon Bell games.

DePauw and Wabash first met on the gridiron in 1890.  In 1932, a locomotive bell from the Chicago, Indianapolis and Louisville Railroad Company, also known as the 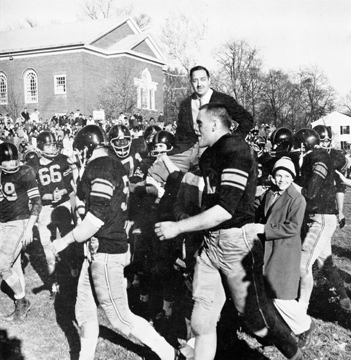 “Blackstock Stadium will be sold out on game day, but our alumni, parents, and friends will be watching from coast to coast thanks to FOX Sports Indiana,” said Wabash’s Jim Amidon, who has assisted Owen with telecast details. “It’s really an extraordinary opportunity for our players to compete on a stage this big. The national broadcast amps up the excitement for everyone and adds luster to the history of this terrific rivalry.”

The 126th Monon Bell Classic will be televised on FOX Sports Indiana, FOX Sports Midwest and nationally on FOX Sports College Atlantic. It will be streamed on the FOX Sports GO app and at FOXSportsGO.com. 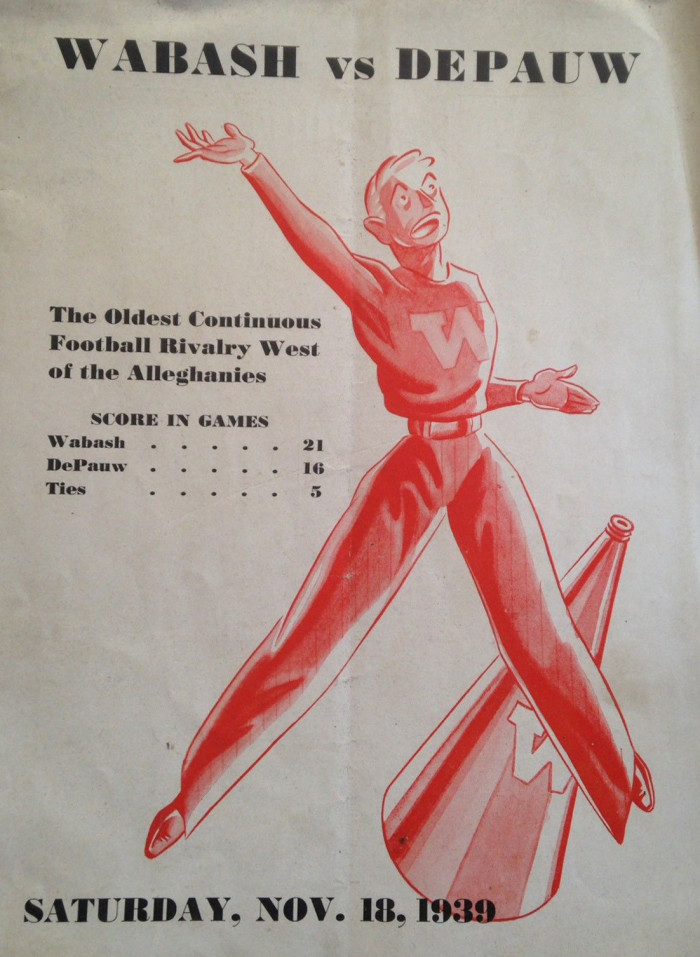 Detailed tune-in information will be available in the coming weeks. (at left: cover of the program from the 1939 game)

The Monon Bell was voted Indiana's best college sports rivalry by fans of ESPN, and is noted in the DVD collection, ESPNU Honor Roll: The Best of College Football, as one of the nation's best annual clashes. The DePauw-Wabash rivalry was also featured on CBS' Sunday Morning and has twice been spotlighted in Sports Illustrated. The annual DePauw-Wabash clash is also detailed in Rites of Autumn: The Story of College Football, a book by Richard Whittingham. Indianapolis Monthly listed experiencing the game among "50 Things Every Hoosier Must Do." (at right: an image from the 1956 Monon Bell Classic.

Over the years ESPN's College GameDay has included the Monon Bell in a look at great college football rivalries, including in 2018, 2015 and 2013. 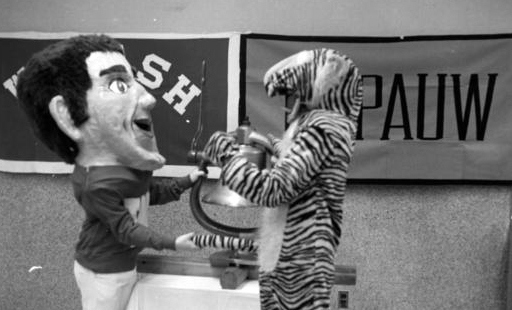 Tickets for the game are on sale now and available here.

Twenty-three contests in the historic series have been captured on DVD. Available are the DVDs of the 1977, 1984, 1993, 1994 and 2000-18 Monon Bell Classics (supplies of past games are extremely limited; the 2008 package is a two-disc set including all 115 "Monon Memories" produced to that date). Order them here.

All 125 games to date are commemorated in video vignettes known as "Monon Memories."  Created by Owen, the clips can be found here and on YouTube.  You can watch each and every "Memory" -- from 1890 through 2018, chronologically -- by clicking here.