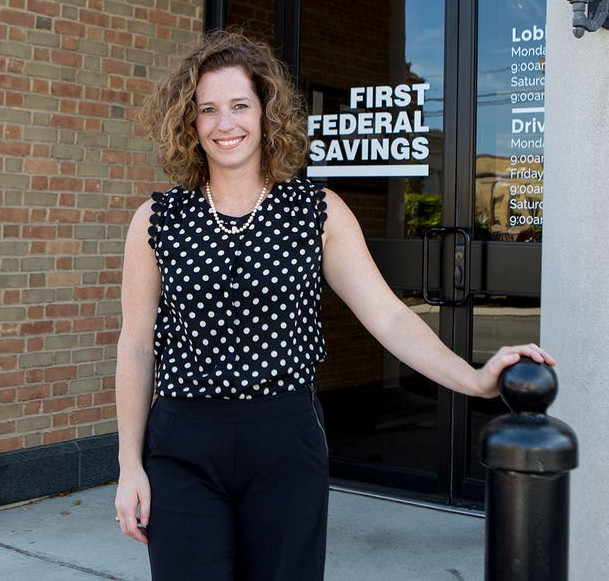 "Sensitive, happy and empathetic" is how Sally Heckman, executive vice president of First Federal Savings & Loan in Newark, Ohio, describes herself. The 2005 DePauw University graduate is featured in the Newark Advocate.

In 2012, "First Federal Savings & Loan President and CEO Paul Thompson asked her to join the team," writes Drew Bracken. "Ever since, Heckman has been First Federal’s executive vice president in charge of human resources." "I was thrilled when Sally made the decision to join First Federal, because I knew she would do an outstanding job helping us build succession throughout the company," Thompson tells the newspaper. "That’s exactly what she’s done. She has recruited some terrific people in key positions who have positioned us very well for long-term success.”

Sally [Wallace] Heckman, who tudied French and international business at DePauw and was a Management Fellow, says, "I’ve always loved working with people, persuading people and getting other people excited about things. So ‘the new-age HR’ has been a great fit for me."

The article notes that Heckman went on to earn an M.B.A. from Ohio State’s Fisher College of Business.