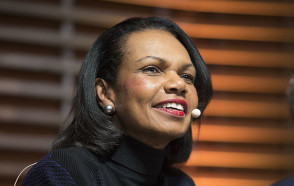 Those planning to attend Tuesday's Ubben Lecture by Condoleezza Rice should be aware that doors to Kresge Auditorium will close at 7:25 p.m., five minutes before the event begins.  It is advised that guests arrive early to the venue, which is located within DePauw University's Green Center for the Performing Arts (600 S. Locust Street).

Please note that all attendees will be required to show a photo ID to enter Kresge Auditorium and the following items are strictly prohibited inside the venue: bags, purses, coats, weapons or sharp objects, and signs will not be allowed. 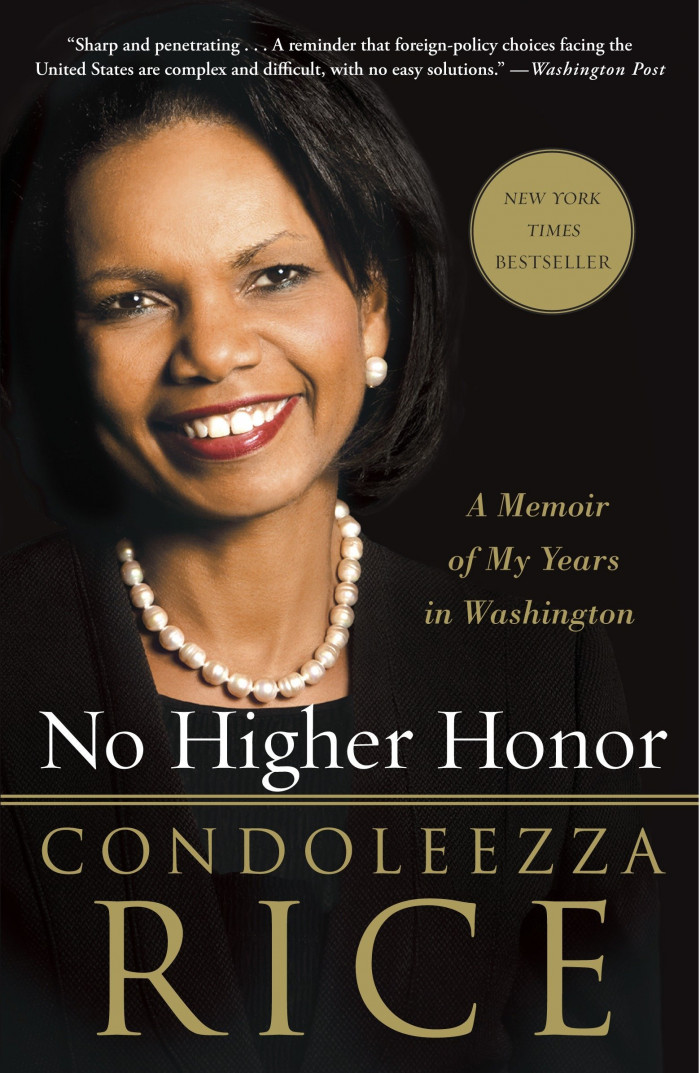 Gobin Church lots on south and north sides (corner of Seminary and Simpson Streets), or the Administration Building lot (1).

Her latest book, To Build a Better World: Choices to End the Cold War and Create a Global Commonwealth (co-authored by by Philip Zelikow, White Burkett Miller Professor of History and J. Wilson Newman Professor of Governance at the University of Virginia's Miller Center of Public Affairs), was released last month. 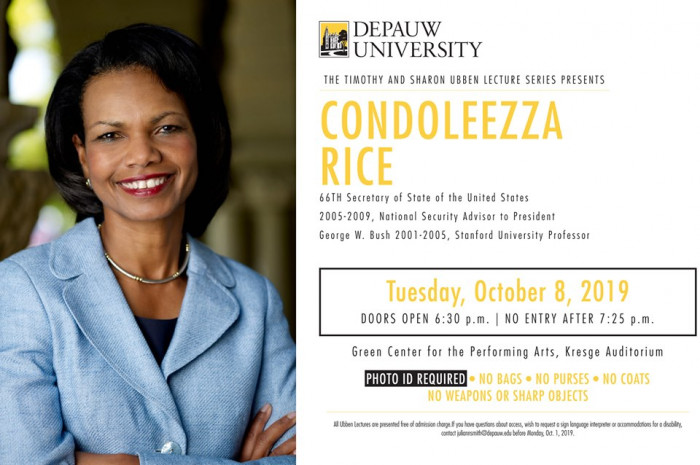 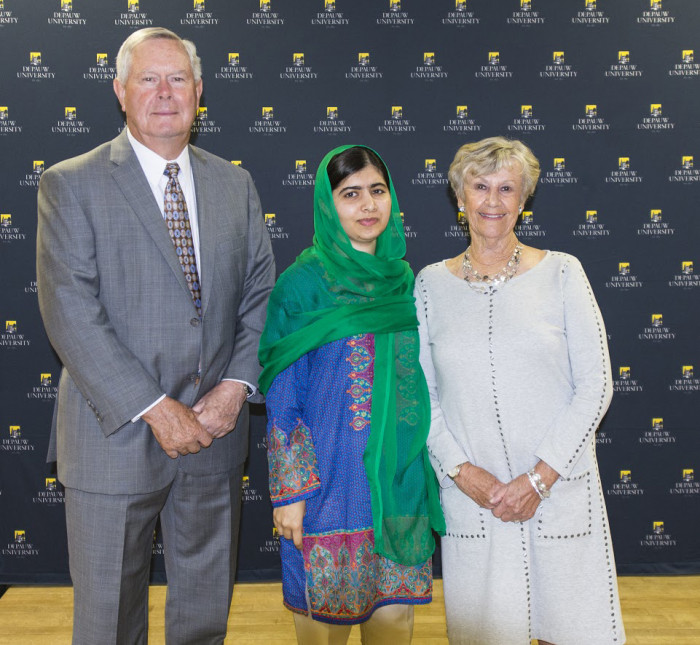 Established in 1986 through the generous support of 1958 DePauw graduates Timothy H. and Sharon Williams Ubben, the Ubben Lecture Series was designed to "bring the world to Greencastle." Tuesday will be the 114th program the series has presented, with notable past visitors including  over the past 32 years, including Mikhail Gorbachev, Elie Wiesel, Spike Lee, Margaret Thatcher, Jimmy Kimmel, Tony Blair, Peyton Manning, Malala Yousafzai (seen with the Ubbens at right), and Bill Clinton.