An Investment in Humanity 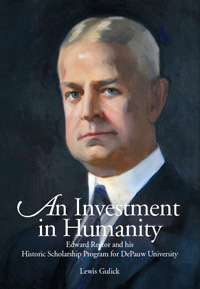 The story of Edward Rector and his historic scholarship program is that of a brilliant and farsighted philanthropist. Rector saw education as a key to improving the lives of youths and their ability to contribute to society as adults. Denied a college education himself because of poverty in his early years, he resolved to help gifted youth in similar circumstances were he able to do so in later years. And so he could, and did, when as a Chicago patent lawyer he accumulated a large fortune for his time.

DePauw University, a small liberal arts school in Greencastle, Ind., was the fortunate recipient of Rector’s vision and generosity. His most notable donation came in 1919 with an endowment for 100, full-tuition four-year scholarships annually for academically bright young men from Indiana high schools. It was one of the largest gifts in history to a small college, and when he died in 1925 his will bequeathed a second, even larger amount. And importantly, Rector not only provided money but also devoted his personal time and effort to the utmost in nurturing the scholarship program and its student recipients as their numbers grew.

This volume tells of Rector’s remarkable philanthropy during his lifetime – what he termed as his “investments in humanity” – and also importantly, follows through with an account of how the program fared through the balance of the 20th century.

There is only one known portrait of Edward Rector at DePauw University. Housed in a 23- x 27-inch frame, the oil painting is titled “Edward Rector” (1863-1925). It was painted after his death from a photograph, by the well-known Indiana artist Marie Goth (1887-1927) and presented to the University in 1928 by the Men’s Hall Association. The picture on this cover is the first photograph of the portrait to be taken and published.

A printed edition of the book can be ordered by calling the DePauw University Bookstore, (765)658-4926. 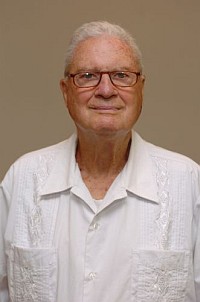 Lewis Gulick (1923-2017) was born to American missionary parents in Japan. The recipient of a Rector Scholarship, he enrolled at DePauw in 1940 and graduated in 1944 with a B.A. degree in political science.

Professionally, Gulick spent more than a quarter century as a journalist reporting from the nation’s capital. Then he served in Congress for 14 years as a senior staff consultant.

Following retirement, Gulick wrote An Investment in Humanity after discovering that no historical book had been written about Edward Rector and the remarkable scholarship program that, as for so many others over the years, had enabled him to obtain a college education.